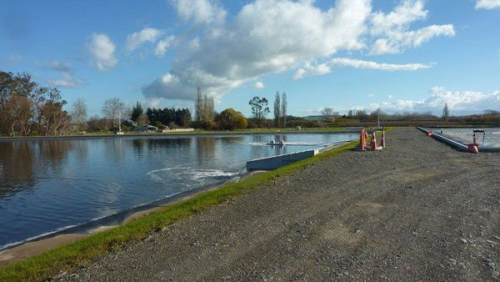 Hawke’s Bay’s Mayors say they are encouraged by the Prime Minister’s comments yesterday indicating Government is open to making changes to its Three Waters service delivery reforms, and have called on the Minister of Local Government, Nanaia Mahuta to reconsider a Hawke’s Bay’s model.

Following the announcement of an alternative proposal from Christchurch and Auckland Mayors yesterday, Prime Minister Jacinda Ardern said government was open to changes that improved the existing plans, as long as they did not move away from the fundamentals of them.

Mayors Kirsten Wise, Napier City Council says she and her mayoral colleagues hope this opens the door to getting the Hawke’s Bay model back on the table.

“We have consistently advocated for a regional service delivery model for Hawke’s Bay, because it is a far better option than government’s plans to establish four new super-entities across New Zealand to take control of all council-owned three waters infrastructure and services.” Ms Wise says.

Sandra Hazlehurst, Mayor of Hastings District Council says Hawke’s Bay’s councils have always supported the need for better standards for drinking, waste and storm water service delivery, and agree the status quo is not an option.

“However, we strongly believe our more defined regional model is a better solution for Hawke’s Bay than what Government proposes.” she says.

The Hawke’s Bay model would:

Alex Walker, Mayor of Central Hawke’s Bay District Council says that a Crown funding support mechanism would help transition to a regional water model, in an affordable way for all of Hawke’s Bay’s communities.

“We are committed to working together to achieve the very best outcome for the people of Hawke’s Bay and we are looking forward to constructively engaging with Government to make that happen.” concludes Ms Walker.

Details of the Hawke’s Bay Three Waters Service Delivery Model can be found at https://www.hb3waters.nz/hb-three-waters-review/ .