Information on the CHB Municipal Theatre from 'Abbot's-Ford: A History of Waipawa' by Margaret A. Gray 1989

The Waipawa Borough Council was formed in 1908 and among their first tasks was to decide on an offer made to the old Town Board by the Trustees of the Loyal Abbotsford Lodge to purchase their Oddfellows Hall and property in Kenilworth Street.

The new council resolved to purchase the section and buildings. The Municipal Theatre was opened in May, 1910. No major work had been done on the building, except maintenance, until in 1956 repiling and some interior alterations were carried out.

It was between 1982 and 1984 that major alterations were completed to modernise the Waipawa Town Hall. Since that time the Council had only undertaken regular minor maintenance.

The Town Hall had, under Council’s stewardship, provided the residents of and visitors to Central Hawke’s Bay with a wonderful theatre and flat floor venue for 100 years.  However the apparent lack of theatrical design had resulted in ad hoc alterations that had an adverse effect on the building.  The Town Hall had over the years become tired; and the space was no longer able to provide for the needs of theatre attendees and the users of flat floor social spaces required in the 21st century.  In addition, there arose a need for conference and meeting facilities to be available in Central Hawke’s Bay

In February 2010 Council approved the "Waipawa Municipal Theatre Refurbishment Project" proceeding in two stages, the first being stage one to a budget of two million dollars ($2.0 million) starting August 2010 and second being stage two to a budget of nine hundred thousand dollars ($900,000) as funds are raised.

This focus of  the project in stage one was the new main stage house, new concert chamber stage, dressing rooms and theatre services. The work was completed in September 2011.

Stage two was the refurbishment of the historic part of the building. This work was completed in September 2012. The theatre was officially opened by the Honourable Chris Finlayson, Minister for Art, Culture & Heritage on 6th October, 2012.  The first users were the Waipawa Music and Dramatic Club's production of Elvis Presley's "All Shook Up."

The Central Hawke's Bay Municipal Theatre is available for hire. 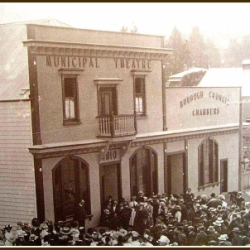 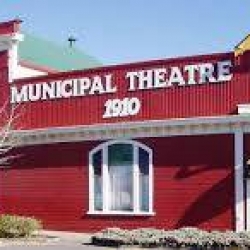 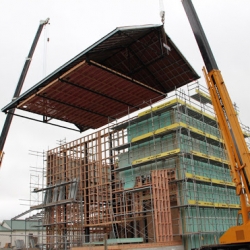 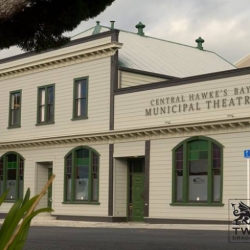