With a backdrop of the bush-clad Ruahine Ranges on one side and the Te Angiangi Marine Reserve on the other, Central Hawke's Bay is well served with walks and tramping opportunities.

With a backdrop of the bush-clad Ruahine Ranges on one side and the Te Angiangi Marine Reserve on the other, Central Hawke's Bay is well served with walks and tramping opportunities.

This 9.8 hectare reserve is managed by the Central Hawkes Bay District Council with the assistance of the local Forest and Bird Society. It is situated on the left bank of the Tukituki River 4.5km north west of Waipukurau, off Lindsay Road. It is a popular riverbank picnic spot with a metalled walking track and toilets.

Situated on the Ashley Clinton Road, which branches from S H 50, 11km south of Ongaonga. There is a range of recreational opportunities including a 2km walkway that passes through a variety of forest associations and facilities for picnicking and barbequing.

Located off Makaretu Road, 1km past Sherwood School. Follow the access road to the gate and then across farmland to the forest edge. A 500m track commences at the Reserve entrance. It passes through the forest to the Tukipo River to swimming holes suitable for children. A'Deane's Bush is one of the first examples of the original forest of the Ruataniwha Plains and hosts a notable totara tree of significant height (33.7m) and diameter (2.65m) 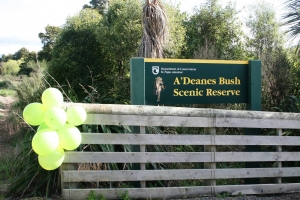 Inglis Bush is reached via Tukituki Road (off SH 50) and is approximately 8 km from Ongaonga. The reserve is ideal for birdwatching and a special feature is the presence of native long-tailed bats which are most likely to be seen at dusk.There are no facilities or walking tracks and access via the legal access strip across farmland will lead to a dead end. The Inglis Bush Community Trust started a programme of restoration in 2017. 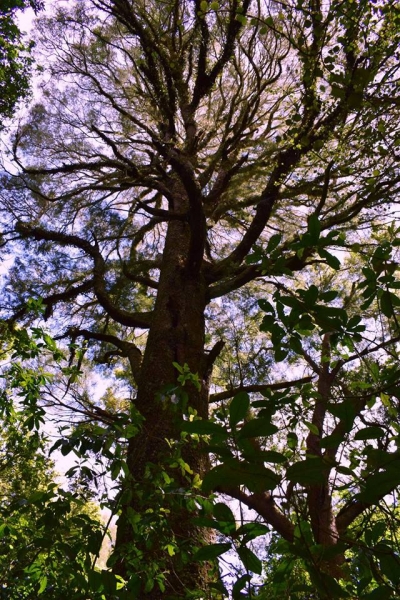 Toward the coast there is:

This reserve can be reached from either Waipawa or Havelock North via pleasant scenic country drives. Visitor facilities are provided adjacent to the Kairakau Road and a 20 minute loop track enables visitors to observe this attractive stand of native forest and birdlife.

Located off Whangaehu Road some 16km south of Porangahau. This 27 hectare reserve was gifted to the Crown by the McLean family in 1973 and is an important remnant of pre-European coastal forest, of which there are few examples left in Hawkes Bay. There are no tracks within the reserve, but a stile at the signposted layby indicates the access point to the reserve.

And toward the Ruahine Range:

Starting point for this track is from North Block Road. This high standard graded walk gives easy access to the open tops and is one of the Park's most popular tracks which is suitable for family and school groups. It takes 2-3 hours and has well maintained and service hut accommodation is available. Hut passes are available from DOC or the OngaOnga Store.

Starting point for this track is from North Block Road. Located 10 minutes from the carpark is Triplex Hut. A low level loop walk taking about one hour can be made just before the hut along Swamp Track. A forest mixture of beech, rimu, and kahikatea.

This is a gentle low level forest walking track which follows an old logging road and gives an interesting insight into forest regeneration since logging ceased in the 1960's. Mountain biking is allowed on this track. The restored historic Ellis Hut is at the northern end of the track. It was constructed in 1884 and is the oldest hut in the park. It is also known as Murderer's Hut.

A round trip can be made along Ellis and Wakarara Roads back to the roadend at Makaroro River. These roads are through private commercial forests and are for foot and mountain bike access only. 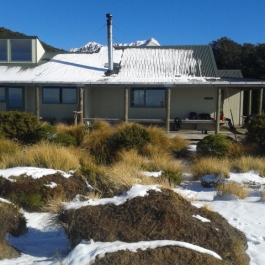 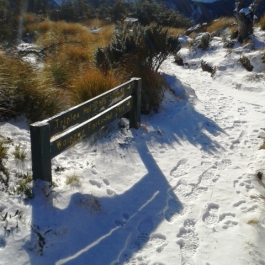 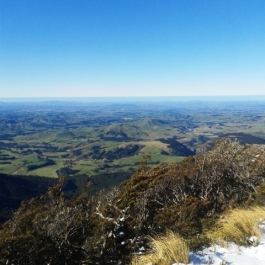 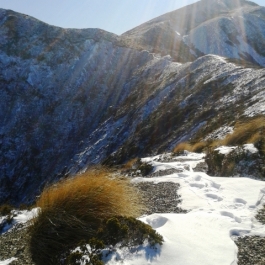