The Civic Award was established to 'Recognise Outstanding Voluntary Community Service carried out within the Central Hawke’s Bay District by an Individual’.

In addition to the long-standing Civic Honours Award, we are pleased to celebrate two other categories, the Community Service Award and the Organisation of the Year Award.

While the Civic Honours Award remains the most prestigious award, honouring those outstanding citizens in our community who, over a long period of time, have gone above and beyond to serve their community, the two new award categories provide for multiple acknowledgements of community service in varying degrees.

What are the CHB Civic and Community Awards?

The Civic Honours Award was established at the initiative of the Central Hawke’s Bay Country Women’s Institute and the New Zealand 1990 Commission to mark the NZ 1990 year.

Since its inception, up to four Civic Honours Award have been presented annually. In 2019, the Civic Awards Committee sought to broaden the way it acknowledges and celebrates outstanding community service within the Central Hawke’s Bay District.

The CHB Civic Awards now provides for multiple acknowledgements of community service through two additional categories of awards — the Community Service Awards and the Community Organisation of the Year Award.

Read about the requirements of each award category below and nominate a person or organisation that you believe is deserving. 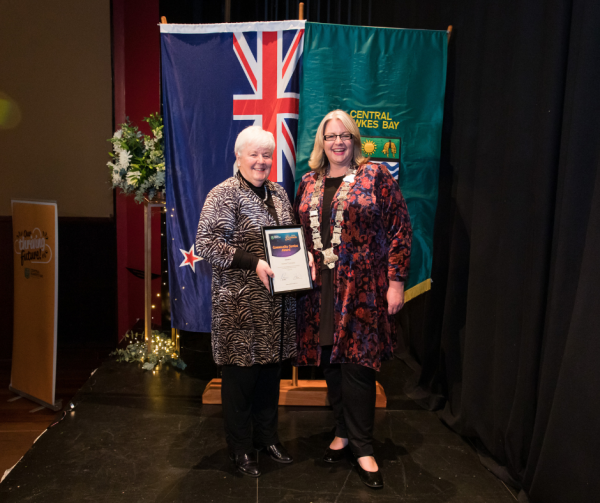 Carmel spends countless hours writing to Politician's and government departments, other budget services and social services to advocate for better support in our sector, particularly to keep our local budget service open to keep the community safe and educated. Carmel’s greatest talent is her way with people – and all people.  She has an empathy and respect that she shares with everyone regardless of background. 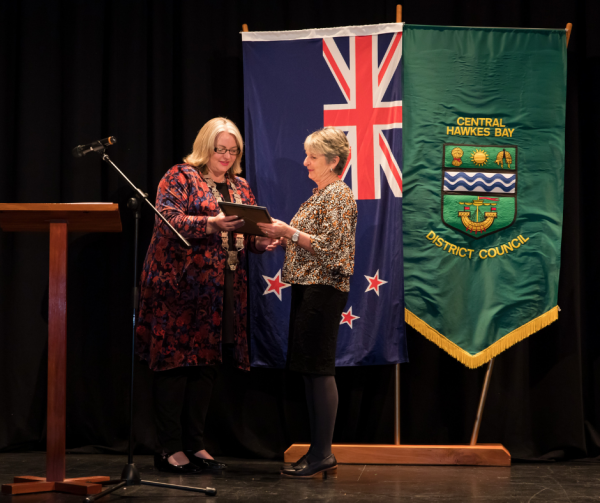 Jane’s passion and drive for junior tennis in CHB has been incredible, running the interschool competition for many years as a volunteer (with support from Sport HB & Tennis Eastern), but in addition to this Jane has been a volunteer at the Waipukurau Tennis Club, running the national Hotshots starter tennis programme and organising many beginner level fun tennis events and helping with the Annual Junior Tennis Tournament at the Waipukurau Tennis Club for the last 15 years. 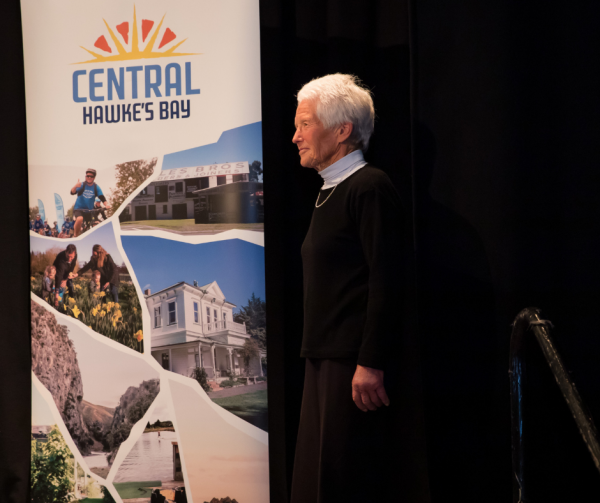 Diana has been in CHB for 60 years. Di Kittow has done great things for the Waipawa Tennis Club. She is an active member of the club who has been on the committee for 15 years plus. Di has held the role as the secretary for a long time and has done a great job of ensuring that everything required is done promptly and without fuss. 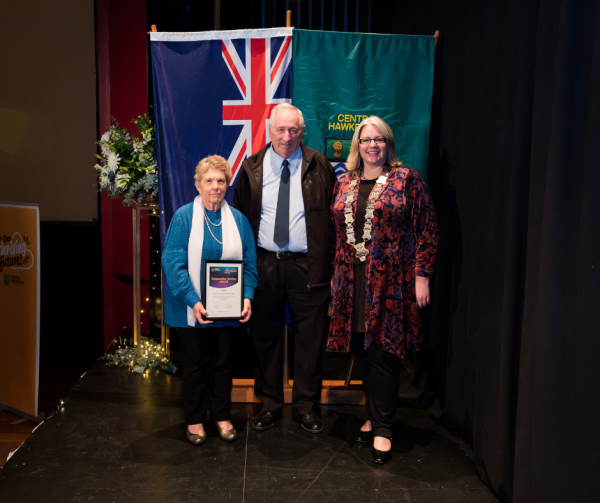 Yvonne and Jim have lived in CHB for 76 years and contributed so much to our community over their lifetime. Yvonne and Jim have helped organize or assisted with nearly every Community event that has happened in Elsthorpe, and care for our assets - hall, sports club buildings and our people. 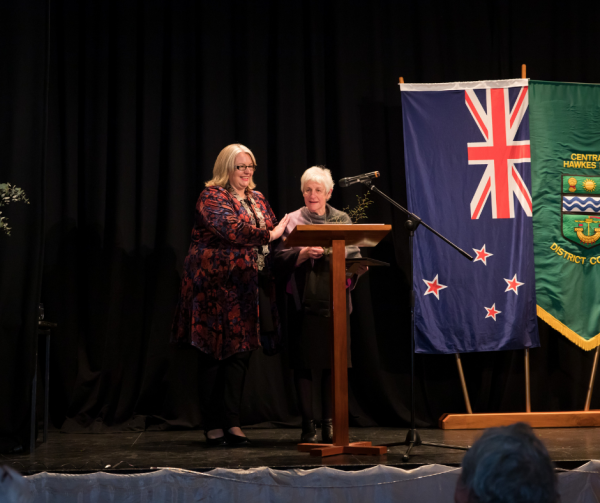 The Rev Dorothy King is a hardworking and valuable member of the community. Dorothy has been in CHB for 40 years. As a Minister of the Anglican Church, she takes services in three parishes of Takapau, Norsewood and Ormandville always willing to do blessings. Dot is loved and respected by many.

The Civic Honours Award is the most prestigious of the CHB Civic Awards and will be presented to individuals that have made an outstanding contribution to the CHB community over a long period. The Award is awarded in recognition of substantial service (usually of a voluntary nature or beyond normal employment).

Substantial service includes short term or long-term projects or activities that have benefited the Central Hawke’s Bay community, adding to the quality of life or residents.

The Civic Awards Committee may award up to four Civic Honour Awards annually.

Where determined that nominees do not quite meet the criteria for a Civic Honours Award, the Civic Awards Committee may acknowledge outstanding voluntary community service by way of a Community Service Award for the following categories:

The Civic Awards Committee will also consider other civic services not categorised above and worthy of recognition.

Organisation of the Year Award

CHB Organisation of the Year Award

Eligible for this award are any group, society, trust, organisation, association, or club whose work has had a transformational impact on Central Hawke’s Bay in the following categories:

The Civic Awards Committee will also consider other civic services not categorised above and worthy of recognition.