Progress election results indicate all sitting Councillors have been returned 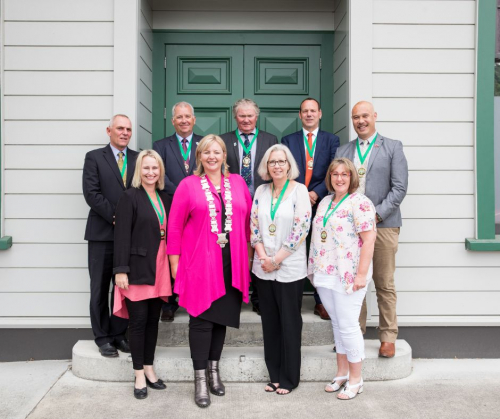 Progress results in the Local Government Elections 2022 indicate that Central Hawke’s Bay District Council will remain unchanged, and the currently serving Councillors and Mayor will continue to represent the district into the next triennium.

After 90% of the returned votes were counted, the highest polling candidate was Pip Burne with 1,780 votes, followed by Gerard Minehan with 1,771 votes, Kelly Annand with 1,549 votes, and Exham Wichman with 1,199 votes. All served as Councillors in the previous term. New candidate Kaye Harrison received 873 votes.

This progress result does not include some special votes and votes returned today that are still in transit to the processing centre, meaning the final vote count and result may change once all votes are counted.

Central Hawke’s Bay is represented by nine elected members including a Mayor and eight Councillors representing Ruataniwha Ward and Aramoana - Ruahine Ward, each with four seats.

Mayor Alex Walker said she is delighted to welcome back the Councillors she has worked alongside for one or more terms.  “This is a hardworking team that has brought diverse skills and experience to the Council table. Their collaborative decision-making and commitment to putting the community first meant we were able to successfully deliver a broad and challenging programme of work during the last triennium, and this contributed to our CouncilMARK AA rating awarded in early 2022.”

“I would also like to thank Kaye Harrison for putting her hat in the ring. The lifeblood of local democracy is the willingness of our people to stand as candidates, and I encourage anyone who has thought about taking a more active role in local government to come and talk to us about how to get involved over the coming three years. I want to involve more people from the community in key decision-making, and you could be part of how we shape that,” says Mayor Walker.

Doug Tate, Chief Executive of Central Hawke’s Bay District Council says: “A big thank-you to all the candidates who stood to represent their communities in this year’s elections."

“The role of local government is more important than ever in communities like Central Hawke’s Bay as we advocate and champion for local community voice in the face of reform, growth and change on a scale not seen for decades."

“Positive and exceptional leadership is needed for us  to succeed, and I congratulate our returning Mayor and our other successful candidates. I look forward to continuing to work closely with all of you over the next triennium to build a thriving Central Hawke’s Bay.”

Final declarations will be made on Thursday 13 October once all special and ordinary votes have been counted. A full list of progress results can be found on our website  www.chbdc.govt.nz/elections

Central Hawke’s Bay Mayor and Councillors for the 2022-25 triennium will be sworn in on Wednesday 19 October.