Road transformation goes to the heart of Central Hawke's Bay 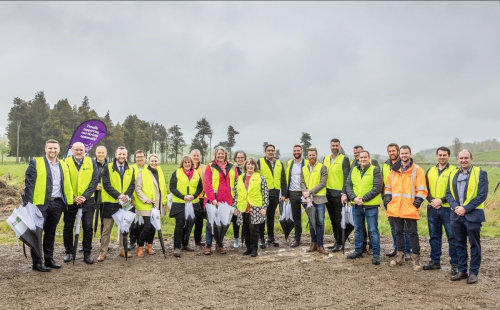 A vital roading network that once could only be relied upon to flood during a Central Hawke’s Bay downpour has been transformed, opening economic opportunities for the district’s rural heartland and providing a model for future repairs and improvements across Central Hawke's Bay's badly rain-damaged network.

The Pōrangahau and Wimbledon Roads can now be relied upon as a freight route to the Port of Napier, a pathway to dramatic scenery for a growing tourism trade, and a key to rural economic development, including for over 13,000 hectares of Māori land.

Major upgrades on this arterial route are close to completion, marking Central Hawke’s Bay District Council’s delivery of 20 roading projects on time and on budget.*

In 2018, this critical route was closed by flooding for nearly a month, causing huge challenges for locals, commuters, and freight operators alike. This wasn't a new event - the road had flooded at least eight times over the previous two years, and many more times before that.

Council continued to urgently advocate on behalf of the community, applying to the Provincial Growth Fund (PGF) not just to upgrade the road, but for the social and economic benefits a resilient and safe roading network would bring.

Now, thanks to a $20.1m investment by Kānoa, the Government's Regional Economic Development and Investment Unit, Central Hawke’s Bay District Council has been able to deliver long-needed improvements to the Pōrangahau and Wimbledon Roads, and in doing so unlock potential for local businesses, address access inequality, and anticipate growth in the forestry sector.

“I’m really pleased to see the work that has been done to upgrade Pōrangahau and Wimbledon Roads," says Minister McAnulty. “These upgrades will make sure the region stays connected, and will have a massive impact on the regional economy and community."

"As the local MP, I know how important this route is for Central Hawke’s Bay. It was a great day when the Government backed the region by funding the upgrade. It’s an even better day now the upgrades are completed. A huge congratulations to the local crews – from the Council to contractors – for completing this job.”

The upgrades include bridge strengthening, road elevation, waterway and safety improvements, and a new slow vehicle bay on Pōrangahau Road.

“The economic heart of Central Hawke’s Bay is the land and the people that work on it,” says Central Hawke’s Bay Mayor Alex Walker. “But Pōrangahau Road, as a vital infrastructure link to a huge farming area including our largest concentration of Māori land, could not cope with the big trucks and weather impacts. This Kānoa partnership investment is an elegant solution to this constraint on our economy and community.”

"This work was not just about roads and our economy, but also people. These projects have boosted local employment and have had a positive impact in people’s lives. The upgraded Pōrangahau and Wimbledon Roads will make a difference in lives for generations to come,” says Mayor Walker.

344 people, 95% of them Hawke’s Bay locals, were employed on the Pōrangahau and Wimbledon Roads upgrade projects. 241 of these positions were full-time.

Notes:
*The Ministry of Business, Innovation and Employment has recognised the Pōrangahau to Wimbledon Road upgrades project as an exemplar.