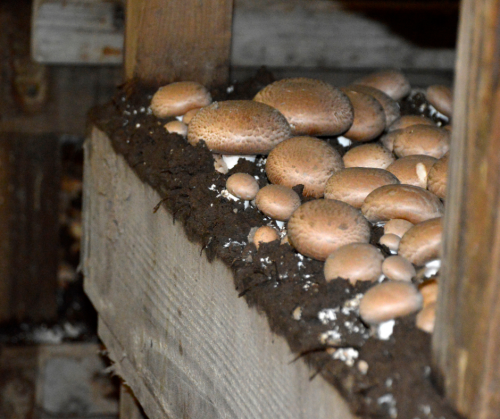 Central Hawke’s Bay District Council looks forward to Te Mata Mushrooms’ relocation of some of its facility from Havelock North to Takapau while acknowledging the personal cost for workers, including some in Central Hawke’s Bay who stand to lose their jobs due to the move.

“Te Mata Mushrooms’ proposed investment in Tamatea–Central Hawke’s Bay supports our economic development objectives for the district, including a focus on land diversification, innovation and a shift from a volume to value economy,” says Mayor Alex Walker.

“However, it’s really unfortunate to hear of job losses associated with this decision, and we’d encourage any affected Central Hawke’s Bay residents to get in contact with our local Mayors' Taskforce for Jobs team,” says Mayor Walker.

Central Hawke’s Bay District Council has been supportive of Te Mata Mushrooms’ plans since first approached in 2019 and again in 2022, providing a letter of support alongside a commitment of funding from central government’s Kānoa – Regional Economic Development and Investment Unit.

Council has also asked Te Mata Mushrooms to commit to a step-change in its engagement with the Takapau community and Manawhenua, and to ensure the community is kept informed throughout the consenting process and development of their state-of-the-art facility in the district, quite different to their Havelock North premises.

“Our district and region are growing, and we’re always pleased to see new opportunities for our people. We’re delighted to see business identify Central Hawke’s Bay as a place they want to be,” says Mayor Walker.

“We also want to be sure we’re going through the right processes for our people, our land, and our environment, so we can take up key opportunities that will bring prosperity to our district.”