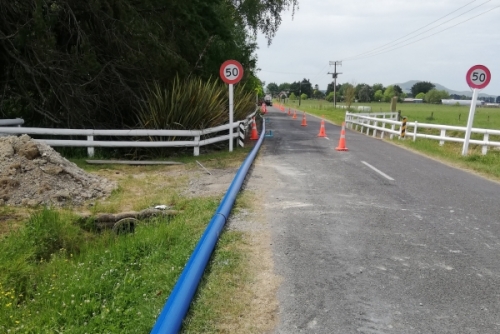 Serious concerns that local representation and accountability will be limited by Three Waters legislation were expressed around the Council table today.

These concerns - and a local, alternative solution - were part of a submission endorsed today by Central Hawke’s Bay District Council, to be made to Government’s Finance & Expenditure Select Committee on the Water Services Entities Bill.

Like many other regions, Central Hawke’s Bay faces significant challenges from decades of underinvestment in local drinking water, stormwater and wastewater systems.

Confronted with ageing, failing and underperforming waters infrastructure, Council developed their Long Term Plan 2021-31 “Facing the Facts” after consultation with Central Hawke’s Bay residents. This supported an urgent and necessary investment programme that has taken Council to the edge of its financial and resourcing limits, and asks a great deal of the community, not least in rates increases.

For these reasons Council recognises that the status quo is not an option, and making no change to the way three waters services are delivered is neither affordable nor sustainable.

However, Councillors today confirmed that they do not support the Water Services Entities Bill, despite being broadly supportive of the outcomes the Government's Three Waters reforms seek to achieve. Their submission points out that the entities' geographical spread and speed of reform will shut out opportunity for local input, and that a viable alternative solution Council has previously put to Government has never been considered.

“Surely the way we work at a local level on the things that truly matter to our sense of place, community and wellbeing need to be recognised,” says Mayor Alex Walker.

“Yes, our submission identifies problems with the Bill, but we’re also putting forward a better solution. We’ve already presented a credible alternative to the Government – the Hawke’s Bay Water Services Model. This model across four Hawke’s Bay Councils achieves outcomes similar to this Bill but retains our local Councils’ role as strategic community leaders, rather than outsourcing this role to structures based in a distant city.”

Meanwhile Councils across the Hawke’s Bay region have joined forces to launch an unprecedented public information campaign encouraging Hawke’s Bay people to participate in the Three Waters Reform lawmaking process alongside their Council.

Dubbed Have your say, Hawke’s Bay, the public information campaign aims to inform communities about the biggest changes to local government in more than a generation and encourages people to share their views with Parliament.

Find out more about the Have your say Hawke’s Bay campaign, including how to make a submission, at www.hb3waters.nz

Submissions on the Water Services Entities Bill close on 22 July.