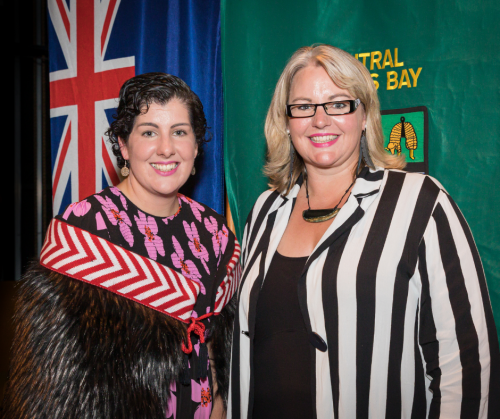 After five years at the helm, Mrs Davidson is returning home to become Chief Executive of Horowhenua District Council. With the support of elected members, in what has been described as a transformational change, the organisation has moved quickly over the last five years to become one of only two AA CouncilMARK-rated Councils in New Zealand, credited for displaying outstanding sector leading performance across many areas.

Mayor Alex Walker led tributes to Mrs Davidson, saying: “Over the past five years, Mrs Davidson has led an outstanding transformation in Central Hawke’s Bay District Council. I am incredibly proud of how she has built the culture so Council is a talented and high performing team, an employer of choice, and through trust and transparency puts the hopes, dreams and voices of our community at the centre of everything we do.”

Mrs Davidson leaves the District and Council organisation and team with solid foundations, confident and passionate about serving the community. Topical issues Mrs Davidson has led include addressing the failure of the district’s wastewater ponds and the development of a future-focussed response to long-term historic underinvestment in the district’s assets. Mrs Davidson can be credited with truly bringing the focus and outcomes of the district’s thriving vision to life.

“I’m extremely grateful to have been a member of this outstanding community that has genuinely welcomed me and my family,” says Mrs Davidson.

“Central Hawke’s Bay will always be a special place for us; we’ve made many amazing friends, connections, and memories. However, the time is right to return home and lead Horowhenua District Council through what is an exciting time of growth for the district.”

With a high level of talent from across New Zealand putting themselves forward to contest as Mrs Davidson’s replacement, the Elected Council still have some final decisions to make in order to confirm a permanent new Chief Executive for the district.