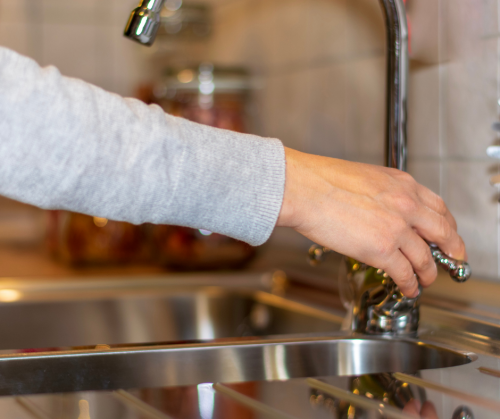 Hawke’s Bay’s Mayors have read the changes a government-appointed working group has recommended to draft legislation and say they are vowing to continue fighting the proposed legislation once it is introduced to Parliament.

As part of its three waters reform programme, Government intends introducing legislation (the Water Services Bill) to Parliament within the next few months, to create four publicly owned water entities to take over responsibility for three waters services from local councils, effective from July 2024.

Here in Hawke’s Bay that means responsibility for all drinking, waste and storm water services would transfer to a regional entity comprising 21 councils from the East Coast of the North Island to the top of the South Island and the Chatham Islands.

After widespread opposition to its reforms late last year, Government appointed a Working Group to consider how local representation, governance and accountability arrangements could be strengthened in the draft legislation.

Yesterday the Working Group delivered its report to the Minister for Local Government, Hon Nanaia Mahuta, recommending the following changes to the legislation:

Government’s proposals and to present the benefits of a regional three waters solution to the way drinking, waste and storm water services are managed in Hawke’s Bay, identified in the review of regional service delivery arrangements reported in 2020.

Alex Walker, Mayor of Central Hawke’s Bay says she is not surprised the recommendations are silent on the option of a Hawke’s Bay regional solution, because the region has been the lone voice with a credible regional alternative.

significant financial and non-financial benefits to our people. We have shown a united and collaborative

solution, built from the bottom up. We made this very clear but nowhere else in the country has the level

of understanding that we have in Hawke’s Bay, and the lack of response clearly shows we are a lone voice.”

“A Hawke’s Bay Water service delivery model offers a credible and sustainable solution providing for regional co-governance with tangata whenua and ensuring local asset ownership, accountability and decision making and we will keep reiterating that.”

Kirsten Wise, Mayor of Napier says, “What’s been recommended by the Working Group goes only some way to address the critical issues we and our communities have raised to Government and, frankly, are a once-over-lightly attempt to address our very real concerns that Hawke’s Bay’s voice will be lost from decision-making, along with local asset ownership.”

“The notion of sub-regional groups feeding into the so-called regional representative groups simply adds another layer of accountability between local communities and the multi-region entities. How will that deliver a strong voice for the people of Hawke’s Bay?” she asks.

Craig Little, Mayor of Wairoa says the recommendations reflect the narrow confines the Working Group were given to work in.

“There are no surprises in the report. The Working Group was another tick box exercise and they had very little room to make changes, as the government set the parameters they could work in.”

“The Government needs to take a pause and start listening to the communities that own the water assets.”

Sandra Hazlehurst, Mayor of Hastings District says “Regional leaders accept the Working Group has done its best within the constraints it was given, but frankly, their recommendations simply don’t go far enough.”

“What our communities most concerned about, which hasn’t been addressed by the Working Group, is the confiscation of community assets without compensation. And our community wants their water assets to remain in their ownership in their district and the shareholding option doesn’t address that.” she says.

“Since the Minister announced the reform proposals mid-2021, we have been consistent and clear in our message to Government: we disagree with the outcome proposed and the information upon which the proposal is built.”

“We have a credible and sustainable alternative solution that would support regional economic, social and

environmental priorities and satisfy the expectations of our communities that control of our region’s three waters assets and services will stay in the Bay.” says Mayor Hazlehurst.

Cabinet decisions on the final details of the Water Services Bill are likely in March and the legislation is then likely to be into Parliament for first reading in April, with the Bill likely voted through to Select Committee by the end of April or early in May. The Select Committee will then call for public submissions on the Bill.

Ms Hazlehurst says, “We are talking transformational change in how we our three waters are managed for

future generations. That’s why we are determined to ensure that our communities understand the full

“What’s more, we want to make sure ratepayers and our communities have a voice as the Bill makes its way through the Parliamentary process and is considered by the Select Committee. Together, we will continue to advocate for the outcome we believe our region deserves.”

The Government’s Three Waters Working Group recommendations can be found at https://www.dia.govt.nz/diawebsite.nsf/Files/Three-waters-reform-programme-2022/$file/Governance- Working-Group-Report.pdf .