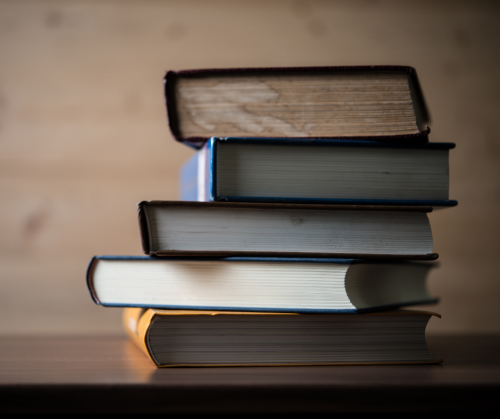 The Central Hawke’s Bay District Council has decided not to pursue legal action against any individuals or entities regarding the strengthening of the Waipukurau Centennial Library and the Waipukurau Memorial Hall at this time.  This decision was made at Council's Finance and Infrastructure Committee meeting last Thursday 7 October, following the receipt of legal and engineering advice, and after weighing up the costs, benefits and risks of further action.

Mayor of Central Hawke’s Bay Alex Walker said, “This is not the result any of us wanted, but the time, money and risk involved in pursuing this matter is not in the best interests of our community.”

Between 2014 and 2017, works were carried out on the Waipukurau Centennial Library and the Waipukurau Memorial Hall, which had previously been assessed as requiring earthquake strengthening.  On completion of those works, Council and community expectation was that both buildings had been strengthened to at least 67% of the New Building Standard.

In 2020, Council obtained seismic assessments on various Council facilities, including the Library and the Hall, as part of the development of asset management plans for the 2021-2031 Long Term Plan.

On 29 May 2020, Council closed the Waipukurau Library temporarily, after Council received initial engineering advice that the building had significant structural vulnerabilities. In July 2020, a detailed seismic assessment advised that overall the Library is less than 20% of New Building Standard and therefore earthquake prone (i.e. a Very High Seismic Risk).  The Library has remained closed.

Following the receipt of those detailed seismic assessments, Council sought and obtained legal advice about whether Council could pursue legal action against any individuals or entities involved in the 2014-2017 works to recover any losses suffered by the Council. Through the legal advice, Council sought to understand the merits of any legal claims, and the associated risks and costs of taking action.

Before seeking legal advice, Council undertook a comprehensive search of historic former staff emails, hard copy files, electronic documents, consent documents, photos and other documentation, in an attempt to better understand the steps taken from procurement of consultants to design, inspection, construction and sign-off on both buildings.

The comprehensive document search identified a number of internal Council reports to the Elected Council of the time, stating that the building work for both buildings included strengthening and that the strengthening work would achieve at least 67% of the New Building Standard for both buildings.  However, the documentary record is limited.  Although there were a small number of key documents and correspondence with external parties, many of the core documents that would be otherwise expected to be available (including contractual and briefing documents), are not.

As part of the legal advice, the Council obtained a preliminary expert engineering opinion about what design and build work was carried out, and whether that work carried out satisfied the requisite standard of care.

After careful consideration of all of the evidence and advice obtained during the review, it has been concluded that it is not economically viable to take further action, having regard to the amount of damages that might be recoverable if we were successful, and the costs and risks of pursuing legal action.

The decision to not proceed with any further legal process, was made in a Public Excluded Agenda item at Council's Finance and Infrastructure Meeting on Thursday 7 October.  At this meeting, Council formally received the legally privileged legal advice and independent engineering review – both of which will remain confidential and privileged.

Chief Executive of the Council Monique Davidson said, “Council has weighed up and carefully considered the balance of the information available to proceed with any legal claim – including the costs of litigation, the potential compensation value that could be sought, the likely cost of remediation and the associated risks for each building.  On the balance of these factors and the advice received, Council have confirmed it will not proceed with any further legal processes.”

Mayor of Central Hawke’s Bay Alex Walker said, “In releasing this statement, Council seeks to provide the most transparent view of the reality that we face in these matters as we can, within the constraints of the legal privilege that we need to work within.”

“Council shares in the frustration that our community has on this matter and thanks them for their patience as we have worked through this process.  The ultimate decision is also frustrating, but we are now focussed on how we front up to making sensible future investment in these buildings. This will be part of a strategic review of all Council facilities, buildings, land and reserves over the coming six months as we work to prioritise investment in our vibrant and growing district. We continue to be committed to a “no band-aids” approach to investment which includes taking the time to make good decisions, well-placed for the future.”

Will Council be releasing publicly the legal advice and related engineering advice that it obtained?
No - these documents are legally privileged and it is in the best interests of the community that the Council does not waive privilege.

Could this happen again – what’s different?
Notwithstanding any claims that Council might have against external parties, Council has considered steps that it can take internally to mitigate risk when engaging with consultants.

Since 2016, the robustness of Council's delegations, policies and practices relating to procurement, contract management and overall general staff competence has significantly increased and become more sophisticated. This has seen the development of new governance policies, internal audit rigour and best practice processes put in place.

What legal options were considered?
We have to keep this confidential because it is legally privileged, however Council have considered multiple options for each building.

Who was the engineer involved in the 2014-2017 works?
We have previously released this information under the Local Government Official Information and Meetings Act 1987, with the Engineer being named as Graeme Robinson for both buildings.