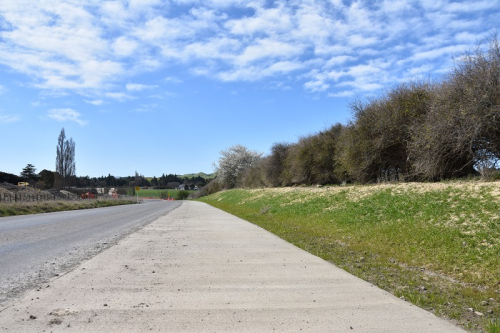 Despite many other council’s around New Zealand struggling to gain approval for their portion of this year’s National Land Transport Fund, Central Hawke’s Bay had it’s entire $36.71m confirmed for the next three years.

Central Hawke’s Bay Mayor Alex Walker said the funding was welcome news and vital to Council’s plans to deliver on the levels of service in its Long Term Plan.

“Waka Kotahi’s funding contributes an average of 60% of our land transport budget via the ‘Funding Assistance Rate’ and allows our rates contribution of $4.89m per year to stretch considerably further than it would if we were on our own. It is a challenge to maintain such a large network, and to an acceptable standard.”

“Despite that, roading rates and investment activities are the biggest in our whole council business, and are vital to how our district and economy operates.”

She said the funding covers a range of activities to maintain, renew, operate and improve the land transport system. Specific work includes structural maintenance (e.g. to bridges and culverts), as well as maintenance to rural and urban roads (e.g. potholes, culverts, signage, sweeping etc.). It also includes Council’s participation in the national “Road to Zero” campaign to improve safety for community and road-users.

She said the Council was also looking forward to completion of the footpath between Waipukurau and Waipawa, including extra funding for a proposed clip-on sidewalk for Waipawa Bridge.

“There is currently no physical barrier between road traffic and pedestrians using the bridge. The clip-on is on Waka Kotahi’s possible list for the next three years; from a safety point of view we think it’s a no-brainer and will complete the new path between Waipukurau and Waipawa.”

Full details of the investments being made through the National Land Transport Programme, including detailed regional breakdowns, can be found at www.nzta.govt.nz/nltp