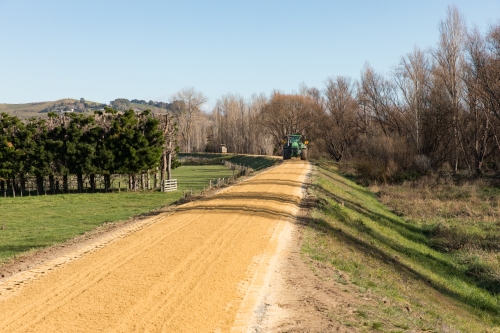 Major upgrades to Central Hawke’s Bay’s Tukituki Trail network are on track to open in September with new additions to pathways and berm tracks for bikers, walkers and horse riders to enjoy.

Works to extend the cycling and walking network were progressing well, with maintenance of existing tracks and construction of new trails near completion.

With the exception of downhill trails in Gum Tree Farm Mountain Bike Park, all trails were dual purpose for use on foot and by bike. The project, which began in December 2020, was made possible through Government Provincial Growth funding, and has provided employment opportunities for Central Hawke’s Bay people.

Central Hawke’s Bay District Council successfully applied for $750,000 from Kānoa - Regional Economic Development and Investment Unit for improvements to the trails, and worked with the Ministry of Social Development, alongside the Mayor’s Taskforce for Jobs to employ 12 people.

Mayor of Central Hawke’s Bay, Alex Walker, said it was fantastic to see an ambitious vision for the much loved trials come to life: “We are so lucky to have such an amazing recreational resource on our back doorstep. By enhancing it, we have created jobs for local people, opened up accessibility and provided another attraction that will hopefully draw tourists to the area.”

“By being given funding through the Provincial Development Unit we have been able to make Central Hawke’s Bay an even better place to visit, live, play and thrive - not just for this generation, but for our children and grandchildren in future.”

To date, 9km of limesand on the stopbanks has been resurfaced, with another 6km yet to be completed. Access to the trails was currently limited, with signage marking areas to avoid, as the surface remained very soft underfoot.

A new bridge over Kahahakuri Stream near the limestone caves was still in the pipeline, with resource consent submitted to Hawke’s Bay Regional Council and work expected to be contracted in late August.

Rotary River Pathway Trust have been granted an easement for public to access the limestone water race tunnel which is on private land. With a walking track under construction, people are asked to be respectful when accessing the area.

New berm trails, winding from Waipukurau Bridge to Ashcott Bridge, had been cut on both sides of the Tukituki and Tukipo river, providing an easy walking and cycle trail of over 12km.

Where possible, bridle trails for horse riders had also been cut into the river berm; on the Waipawa side, a trail extended from Lindsay Bush carpark to the end of the stopbank; on the Waipukurau side - it will start at Couglin Rd, and run upstream to the foot of Pukeora Hill.

Mountain bikers were now able to make use of a new trail developed at Gum Tree Farm; upgrades to Camino and Busta trails had already been completed, with a further 6.5km under preparation. The tracks have already attracted a large number of visitors from out of town.

The park’s entrance area was also set to be planted with 400 natives, with work commencing as soon as moisture levels improve.

Signage will be erected across the trail network over the next six weeks, to update trail users on the changes, notify them of acceptable use and inform new routes.

The project has been coordinated by Central Hawke's Bay District Council as the fund recipient, but involved input from key partners including Hawke’s Bay Regional Council (HBRC) and the Rotary River Pathways Trust (RRPT).

Work was due for completion in September, 2021, and whilst people could still access much of the network, there were some areas to avoid. In order for the work to be completed on time and in an efficient manner, it was vital that people followed the rules and stayed off areas clearly marked with temporary signage.

Chairman of Rotary River Pathway Trust Roy Fraser said it had been encouraging to see a growing number of people wanting to get out and use the paths, even before construction was completed.

"We have received nothing but positive feedback, with Central Hawke’s Bay people playing a huge role in developing plans for the network extension by feeding back on how they would like to use the trails. A special thanks needs to go to a few of the locals and our contractor who donated so much time and effort to get this project over the line.

“It will be fantastic to have a new and improved Tukituki Trails Network open for all to enjoy, come September.”
ENDS