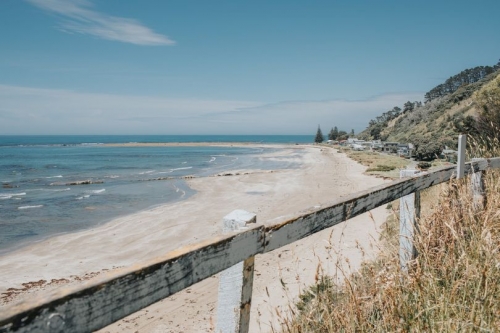 Thousands flock to the stunning Central Hawke’s Bay beachside communities from throughout Hawke’s Bay and New Zealand over the summer months – putting extreme pressure on ageing and inadequate infrastructure.

Every year the Tourism Infrastructure Fund (TIF) provides up to $25 million to develop tourism-related infrastructure in support of popular regional destinations facing pressure from tourism growth.

Central Hawke’s Bay District Council made an application to fund upgrades to the Pourerere Beach toilets, for which they were granted $209,440.  The application also included funding support for the upgrade of the drinking water system at Kairakau Beach to meet the drinking water standards, for which they were granted $404,000.

Upgrades meant facilities at both beaches would be up to managing greater demand for capacity the locations experience come the warmer weather.

Brent Muggeridge, Chair of the Finance and Infrastructure Committee said being able to get external funding for projects such as this, was invaluable.

“With the extraordinary burden of core infrastructure investment that we are having to face up to in Central Hawke’s Bay, we are exceptionally lucky to secure funding through the Tourism Infrastructure Fund, to ease the burden”.

“With so much to prioritise, it’s great to be able to focus on making some of our smaller rural beaches an even better place for everyone to visit and enjoy.”

The new waterless Pourerere Toilet Block would upgrade and replace an existing toilet block and would be in place by early 2022.  At today’s Finance and Infrastructure Committee, the Committee agreed to bring forward co-funding for the upgrade of the toilet block from Year 2 to Year 1 of the Long Term Plan 2021-2031 for work to commence.

Work at Kairakau would accompany planned upgrades to the drinking water system that was currently being tendered with works due to commence later this year.

The projects in Central Hawke’s Bay, were among 57 throughout New Zealand to receive funding - from Cape Reinga to Stewart Island and the Chatham Islands, through Round 5 of decisions from the Tourism Infrastructure Fund (TIF).