Changes to recycling services for a Waste Free CHB 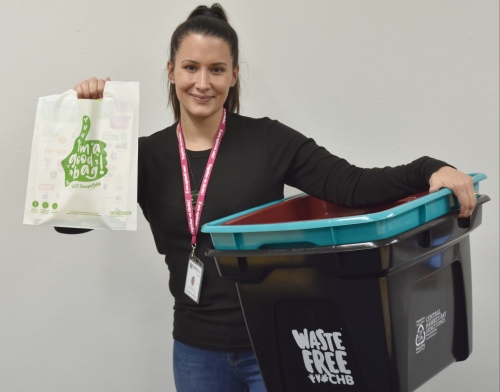 Solid waste services in Central Hawke’s Bay are changing to meet the District’s desire for a thriving and Waste Free CHB of the future.

As a result of the Long Term Plan 2021-2031 consultation process, Council responded to an overwhelming call for the extension of kerbside recycling to the wider rural communities of Otane, Takapau, Tikokino and Ongaonga. They also adopted a new, three crate kerbside recycling system for Waipawa and Waipukurau, among a range of other changes for the services.

Central Hawke's Bay Mayor Alex Walker said expansion of recycling services will have benefits across the District, and was excited to see them come to fruition.

“Reducing our environmental footprint is important to us and to live up to our aspirations to be #wastefreechb we had to step up our role in recycling,” she said.

“We have to reduce the contamination of our recycling, increase participation and recycling volumes, and make it all more convenient so we really had to get a lot smarter in our approach. Thank you to everyone who provided such great insights, suggestions and solutions as we sought to strike a balance between cost, convenience and environmental responsibilities.”

Starting on 2 August 2021, the new three-crate system will be rolled out in Waipukurau and Waipawa, with an additional teal crate for cardboard and paper being added to the existing red crate for glass and black crate for cans and plastics.

Households in these areas will receive their new teal crates, along with information on changes to days for Council kerbside rubbish and recycling collection, next week.

Residents will be notified whether they are located in the pink zone, or the yellow zone in a brochure included with their crates, and must have all recycling and rubbish bags to the kerbside by 7.30am on their designated collection day.

A map demonstrating the zoning can also be found at www.chbdc.govt.nz as well as in the CHB Mail in coming weeks. Residents of Waipukurau are encouraged to contact Council’s customer service for clarification, or with any other questions.

People living in Waipawa will put their rubbish and recycling out to the kerb 7.30am on a Wednesday, starting August 4.

Kerbside recycling will also be extended to the rural townships of Tikokino, Otane, Takapau and Ongaonga for the first time from Thursday, August 5. Residents who already receive rubbish services in this area, will have three crates delivered next week in preparation for the rollout, along with an education pack to help make recycling easy.

By year three of the Long Term Plan (2023/24), the use of a wheeled bin will also be rolled out to serviced areas for rubbish collection, with the current kerbside bag collections coming to an end.

Central Hawke’s Bay was an early adopter of new approaches to rubbish and kerbside recycling, being one of the first in New Zealand to introduce kerbside recycling collection, however, no major change to services has occurred since.

“As we work toward a Waste Free CHB, we have discovered new initiatives and efficiencies to our service offering, which will benefit our District in the long term.

“The team are working hard to ensure that the District sees the changes and outcomes in solid waste services that were clearly heard from the community through the Long Term Plan, to deliver on our communities vision of a Waste Free CHB”.

What you need to know:

If you live in Waipukurau:
Starting August 2, residential properties located within the pink zone will have rubbish AND recycling collected on a Monday, from 7.30am

Starting August 3, residential properties located within the yellow zone will have rubbish AND recycling collected on a Tuesday, from 7.30am

*A map demonstrating the zones can be found in your new teal bin to be delivered next week, in this week's CHB Mail, or requested from Central Hawke’s Bay District Council.

If you live in Waipawa:
Starting August 4, residential properties in the collection zone will have their rubbish AND recycling collected on a Wednesday, from 7.30am.

If you live in Otane, Ongaonga, Tikokino or Takapau:
You will get three new recycling crates in addition to your kerbside rubbish collection, to be put out by 7.30am on a Thursday, starting August 5.
ENDS

Notes to the editor: