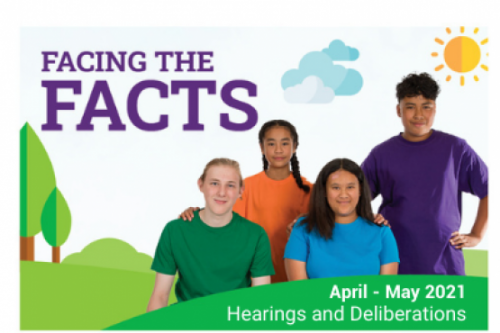 Council elected members have ‘faced the facts’, and now they prepare to face key decisions that will shape the future of Central Hawke’s Bay, as they meet this week to go over a Long Term Plan 2021-2031 Deliberations Report.

The Council, at its meeting on Thursday, May 13, will receive reports outlining options and recommendations to address the four critical issues facing the district - plans and funding for wastewater, a step change in renewals, future proofing solid waste services and funding for growth.

These options and recommendations come after Councillors heard from the community through over 200 submissions and from many others –  via Facebook, in person or by presenting their submission to Council in public hearings in late April.

After robust and positive community engagement, Council will turn their minds to making the key decisions that shape the future of Central Hawke’s Bay.

Facts outlined in the 2021 - 2031 Long Term Plan paint a hard road ahead for the district, as Council struggles to play catch up on decades of underinvestment in essential infrastructure and assets.

Increases to rates, increases to the Council’s overall debt limits and increases to development contributions are all proposed in a bid to face these historic challenges head on.

Suggested recommendations in the Deliberation Report take into account the impact proposals could have on rates, as well as summarising the cumulative impacts on rate payers if they are adopted.

Suggested rates increases for the 2021-2022 period will see a rise across the board for CHB residents -  to cover General UAGC, roading, rubbish, recycling, and upgrades required under the 3 Waters reform programme.

Any changes to amend the Long Term Plan in this week’s meeting will impact the final rates strike, but rate payers will not all be affected equally.

Decisions made on Thursday, will be reviewed and adopted at an Extraordinary Council Meeting on June 17, with the finalised LTP 2021- 2031 coming into effect in July 2021.

Central Hawke’s Bay Mayor Alex Walker said: “We have heard the views of our community, and there was a strong mandate for us to face the facts. After taking a deep dive into the state of our infrastructure it became very clear we could no longer stick to the status quo.

“We have reached a point where huge investment is needed to fix infrastructure and assets across the district – and this can no longer be tackled by rates increases alone. We are left with degraded waste water facilities, big changes required to bring our solid waste up to speed, and need money set aside for projects that will grow and benefit our communities going forward.”

“No decision we make next week is reactionary, this not about fixing short term problems, this is about making a long-term investment in the thriving future of Central Hawke’s Bay. We’re addressing issues that have been pushed onto the back burner for too long and can no longer be ignored.

“This is not going to be an easy journey and some of the decisions we have to make around the table are very difficult, but they will be made with a bigger picture in mind. It’s our responsibility to prevent infrastructure from degrading any further and to allow for a brighter and happier future for our children and grandchildren.”

The Council Meeting will be live streamed, and public are welcome to attend. Thursday May 13, at 9am in Council Chambers, Waipawa.

Notes to the editor: