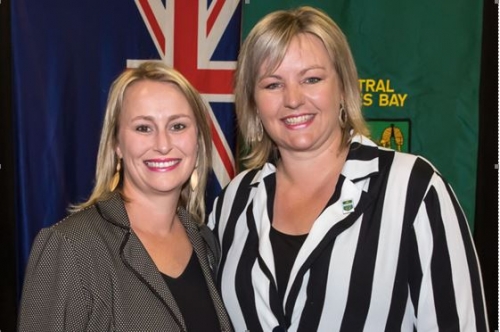 The problems facing rural communities such as Central Hawke’s Bay are different to those in urban city areas, where housing constraints aren’t driven by a lack of land for development, the Resource Management Act, or investors and speculators.

“We have a community which desperately needs more public housing as the private rental market, which has been picking up the slack for years, cannot cope” says Central Hawke’s Bay Mayor Alex Walker.

An inability to borrow funds due to a constrained balance sheet and limited income, means the council is unable to front foot investment in infrastructure, that would enable the development of areas already zoned for residential growth.

Central Hawke’s Bay District Council is a public housing provider like many other councils around the country, owning and managing 48 retirement units, making them one of the largest landlords in the district. However, the government subsidy which other registered Community Housing Providers receive, the Income-Related-Rent-Subsidy, is not available to Councils.

“There is not an even playing field for councils to participate in increasing housing supply which is incredibly frustrating – particularly in a small community like ours where other options are limited. Some councils have sold or leased their housing to other Community Housing Providers to expand the portfolio but we don’t currently have that option – there is no-one else.”

“We welcome any announcement from Government which includes a renewed focus on partnership and further investment with councils to address housing issues at a local level. There is no one-size-fits-all solution to the problem and local partnerships are vital.”

Kainga Ora has recently purchased land in Waipukurau for development. Central Hawke’s Bay District Council is ready to work in partnership and is exploring what the new funding could do to accelerate this work as well as other potential opportunities for wider housing development.

“Everyone in Central Hawke’s Bay knows that there is a large and logical development site in central Waipukurau around what was the old Hospital. Infrastructure investment in areas like this could make a huge difference” says Mayor Walker.

“The fact is the housing crisis isn’t just a city problem, it’s spread right out into the rural regions of New Zealand too.  But unlike our city neighbours, we don’t have the community housing providers, nor do we have the funding to provide or manage housing for our people.”

Deputy Mayor, Kelly Annand adds: “We are poised to work in partnership with Central Government and the Private Sector to deliver housing opportunities with pace. We have the skills and connections as Community Leaders to bring houses to the market, but what we don’t have are the financial levers to make that a priority over our core infrastructure needs.

“The potential of accessing government funding presents a real opportunity for Council in partnership with Iwi and the Private Sector to act with pace”.