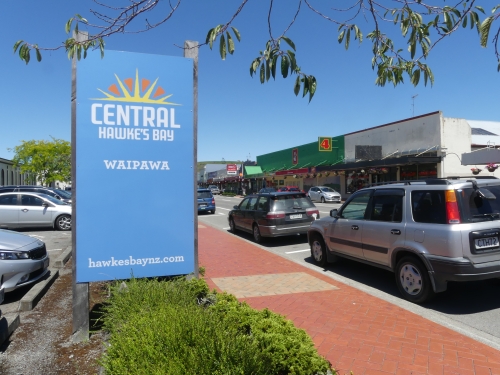 In preparation for the 2021-2031 Long Term Plan – Our Thriving Future, the Central Hawke’s Bay District Council has been reviewing how the district’s rates are collected and how fees are levied - the first evaluation of its kind in over ten years.

On Thursday 22 October, after thorough community engagement and consultation, Councillors voted on the proposed Revenue and Financing Policy, which will re-allocate the distribution of rates and fee levies across five areas of activity; land use and subdivision consents, animal control, compliance and monitoring, stormwater and central business district rates. The Policy for rates and fees has been altered across all five categories, with some adaptations made to the proposed stormwater and central business district rate changes.

Council recommended that Stormwater activity be 80-90% privately funded, collected through a targeted rate from those within stormwater catchment areas, with the remainder from public funding collected through the capital value based general rate. This motion was passed, with an adaption of a five-year phase in period for the new rates.

“The management of stormwater is crucial and the benefit of protecting private properties from water inundation is really important. Although this feels confronting today to put a new rate into a new area, I believe the time to move is now, so we can deliver improvements and support these ratepayers over the next five years,” says Alex Walker, Mayor of Central Hawke’s Bay.

“Hopefully this decision will help us do more to resolve flooding issues in Otane and Takapau,” continues Councillor Gerard Minehan.

After reviewing feedback and all available information, Council accepted that central business district rate changes should also be phased in over a five-year period. In addition, Councillor Brent Muggeridge proposed that CBD rate changes should proceed with a differential of 1.5, rather than the proposed 2 for zone 1 commercial businesses, and this motion was accepted. “It’s all about who benefits from these rates,” says Councillor Brent Muggeridge, Chair of Central Hawke’s Bay District Council’s Finance and Infrastructure Committee. Brent Chamberlain, Chief Financial Officer for the Central Hawke’s Bay District Council added, “What we collect through this policy will be for the benefit of the entire district.”

Councillors agreed that residential properties within the commercial zone will be excluded from agreed CBD rate changes. “Very clearly in the submissions, our ratepayers didn't think it was fair for residential property owners to be paying the same general rate as that of commercial rate payers. We are balancing this,” says Alex Walker, Mayor of Central Hawke’s Bay. As part of the proposed CBD rate changes, feedback and information on the proposed 1.75 differential change for industrial properties was also reviewed, with council ultimately deciding not to proceed with this adjustment.

The proposed rate changes for the remaining three categories, (land use and subdivision consents, animal control and compliance and monitoring) were all accepted by council in their entirety. These rate categories will all see an increase in funding through fees and charges and a decreased dependability on general rate charges.

More information on the passed rate changes is included below.

1. Land Use and Subdivision Consents:

Animal control activity includes the implementation of requirements of the Dog Control Act 1996 and related legislation and Council bylaws. This was 91-95% funded by various fees and charges including fines and impounding costs and the balance through general rates. Council has agreed that this activity will be 90-100% funded through user pays, with the remainder from rates.

Compliance and Monitoring primarily involves the monitoring of resource consent conditions, responding to noise complaints and bylaw breaches, and carrying out territorial authority responsibilities. Council have voted to move this activity from 10% user pays to 10-25% user pays, with the remainder from rates.

Previously, Stormwater Targeted Rates are levied off properties within the Waipawa / Waipukurau Catchment areas and are spread based on Capital Value. With the growth of the district, Council now supplies some Stormwater activities in Takapau and Otane and this is only going to increase in the future. The Central Hawke’s Bay District Council have moved for funding to be 80-90% privately funded, collected through a targeted rate from those within the stormwater catchment areas, with the remainder from public funding. This policy change will include a 5-year phase in period.