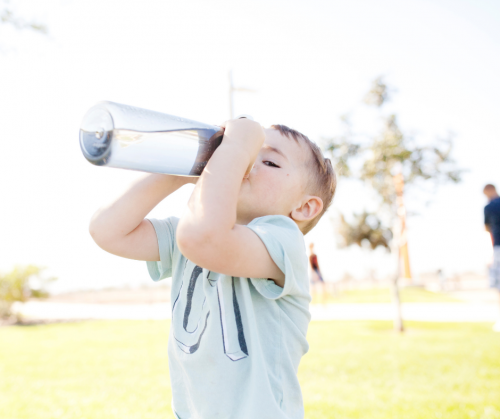 Greater resilience of water supply to Central Hawke’s Bay’s main urban centre has moved one step closer today, after the District Council’s elected members voted to proceed with the detailed design phase of the ‘Waipukurau Second Water Supply’, a key project within the 2018 Long Term Plan, as part of the Big Water Story capital programme.

Risks to the security of Waipukurau’s water supply have long been of concern to the Central Hawke’s Bay District Council and community, prompting comprehensive investigation and the development of best options for the future direction of the town’s drinking water.

Investigations and a strategic assessment found the best practicable option to ensure the long-term success of the project is to link Waipawa and Waipukurau’s water networks, and add additional storage at the mid-way mark between the towns. Whilst continuing with improvements to the current mains, treatment and storage also add resilience to the supply.

Today’s Finance and Infrastructure Committee held at Central Hawke’s Bay District Council agreed to proceed with the detailed design of this option which comes with a budget of $11.3 million, set to be funded through a combination of costs set aside for the project within the 2018 Long Term Plan, and funding from Tranche 1 of the 3 Waters Reform Programme from Central Government.

If successful following the concept and detailed design stage, the project will add resilience of storage and source to meet future demand and compliance requirements whilst aligning with Council’s objectives of durable infrastructure and smart growth.

“The Waipukurau Second Water Supply is a transformational project for Central Hawke’s Bay. What we’ve done today, is given the green light to proceed with its detailed design which will allow us to analyse the risks and expected outcomes of the proposed project,” said Brent Muggeridge, Chair of the Finance and Infrastructure Committee.

“This is a complex project and there will be big decisions to make ahead.”

Mayor of Central Hawke’s Bay, Alex Walker, said during deliberations, “In its current state, our biggest urban town, Waipukurau, could be out of water in between eight to twelve hours in the event of a significant water disturbance, and that just isn’t acceptable.”

“A project of this scale doesn’t arrive at the Council table very often, which has such incredible potential to build a truly generational piece of infrastructure for the benefit of the community now and in the future.

“I’m excited to delve into this next stage of development and excited to talk to the community about how they will be getting the best outcomes for their investment,” continues Mayor Walker.

Through the design process, Council will engage with the community including mana whenua. The results of this engagement will form part of the decision package to be returned to Council for deliberation.

“Under the guidance of the community who continue to tell us that drinking water is one of our key priorities, Council has seen significant success in projects to come out of the Big Water Story,” says Monique Davidson, Chief Executive of Central Hawke’s Bay District Council.

“The Waipukurau Second Water Supply is the next major project in the pipeline, following the success of one of the programmes flagship projects – the Otane Second Water Supply. This work is taking place alongside supporting projects including the SH2 Borefield Upgrade and Waipukurau Firefighting Improvements.

“The direction that Council elected to proceed with today is a generational option for the district, which will add significant source resilience while meeting the project objectives of additional storage and improved resilience to the security of supply.”