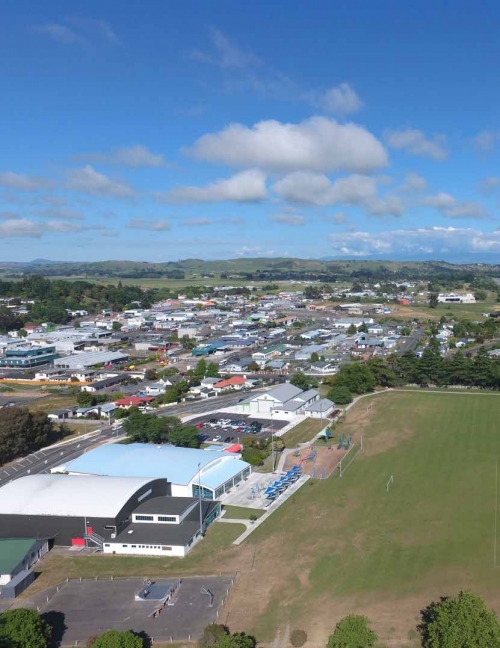 Central Hawke’s Bay District Council formally adopted its demographic and economic growth projections and a blueprint for growth for the next ten years at its meeting of Council today, confirming the scenario of highest growth was where the District is heading.

“Central Hawke’s Bay is growing at unprecedented levels, as families and people join the revolution of a thriving Central Hawke’s Bay - where they can balance a desirable lifestyle with positive employment and business opportunities,” says Chief Executive of Council, Monique Davidson.

“In 2018, the District’s population hit an all-time high of just over 14,000 residents, reflecting levels of growth and optimism that haven’t been seen since the 1960’s.  This is on the back of static and declining population levels in 2013”.

She says fast forward further to 2031, and despite the current economic challenges brought about by COVID-19 and the drought, that population is projected to increase to over 18,000 people - with some 1,500 new homes also forecast to be built in that same time.

“What’s also really encouraging is the fact we are seeing more and more businesses invest in the District, despite our current challenges of drought and COVID-19 – giving rise to employment opportunities and further economic growth, which are both very welcomed right now.”

Mayor Alex Walker, says with 42% of our current residents not living here just five years ago, there is no doubt Central Hawke’s Bay is going through a significant surge of positivity and change.

“In 2018 we forecast our growth numbers for the next ten years at what were considered cautiously optimistic levels, instead achieving this growth forecast for ten years in under 18 months”.

Ms Walker says whilst the future of Central Hawke’s Bay is undoubtedly bright, the Council is transparent in recognising there is still work to be done.

“As with any great opportunity, we know growth comes with challenges as well, in particular with regards to funding our ambitious plans for the future”.

“While growth is excellent for our economy and local businesses, we are mindful of the impact it can have on local infrastructure, our environment and community, and the role we play as a Council to ensure the district is adequately future proofed to cope”.

Ms Walker says preparation for what lies ahead is key to the Council being able to successfully deliver on the Communities vision created during the development of Project Thrive, and this involves responding to the forecasted projections accordingly.

“We are already proactively working hard towards a plan that will support a thriving future for Central Hawke’s Bay.  To ensure this we have developed a blueprint for growth of our three main towns for the next 30 years.”

This blueprint – known as an “Integrated Spatial Plan’ (ISP), has relied heavily on feedback taken from the community in the development of Project Thrive, and is key to informing the Council’s Long Term Plan 2021 to 2031.  It identifies a number of short to immediate term “quick wins” for the District’s three main centres, as well as immediate to longer term opportunities to deliver on Project Thrive.

“In developing the blueprint, we have relied heavily on feedback received from our community during Project Thrive, as well as further insights from workshops held with local residents and stakeholders such as Centralines and New Zealand Transport Agency.”

Further community feedback on the Integrated Spatial Plan, will be sought through Councils Long Term Plan Engagement process running between 3 and 23 August, with ‘responding to growth’ one of eight areas of focus.  You will be able to find more information, including links to the full growth assumptions on our website from Monday 3 August 2020  https://www.chbdc.govt.nz/our-council/consultations/our-thriving-future/.