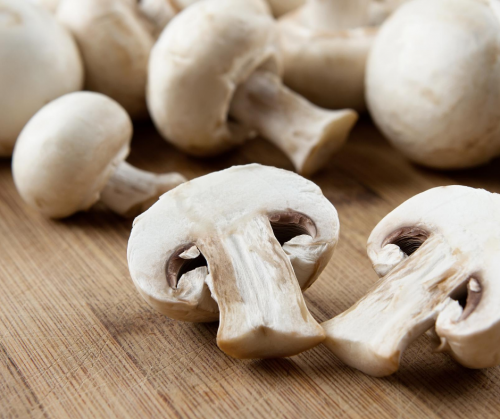 The funding will help create the largest mushroom production centre in the North Island and sustainable, non-seasonal employment for more than 200 people in Hawke’s Bay.

An economic impact report of the development has assessed that the project will contribute an additional $21.5 million per annum to Hawke’s Bay’s ‘gross regional product’.

“In this time of severe economic pressure, we look to business for the confidence to expand, invest, and provide the stimulus to give our community optimism,” says Alex Walker, Mayor of Central Hawke’s Bay.

"This is an extremely exciting opportunity for Central Hawke’s Bay, and the whole region, particularly in the positive impact the project will have on our labour force.

“The introduction of a large, commercial-industrial agri-business which is non-seasonal promises to diversify Central Hawke’s Bay’s labour force, and make us less prone to market shocks from the likes of drought, which so many of us have been hurt by this year.

“It plays to our strength as a centre of excellence for the production of high quality primary produce, and as we have seen from the effects of the COVID-19 lockdown that this is a sector which is highly resilient in the face of global economic downturns,” says Mayor Walker.

“Central Hawke’s Bay District Council will in time consider relevant applications for the proposed development, and will ensure a robust regulatory process is undertaken for the development of the Mount Herbert site, so that the economic benefits are well-balanced with environmental, social, and cultural benefits from the project,” says Monique Davidson, Chief Executive of Central Hawke’s Bay District Council.

Council has also been working closely with MBIE and the Ministry of Social Development on creating a framework for social procurement with which to maximise the opportunities for local employment from capital projects. This development project would create an additional pipeline of work experience from which we could steer young people and those whose employment is affected by COVID-19, to training and sustainable employment.

Waipukurau is named after a legendary fungus, the Pukurau, a delicacy amongst mana whenua and widely sort after in days gone by. While the Pukurau has fallen from favour, the rich and flavoursome taste of button mushrooms and Portabellos will soon be grown in the heart of Tamatea, helping Central Hawke’s Bay to spawn a rich flush of local jobs along the way.