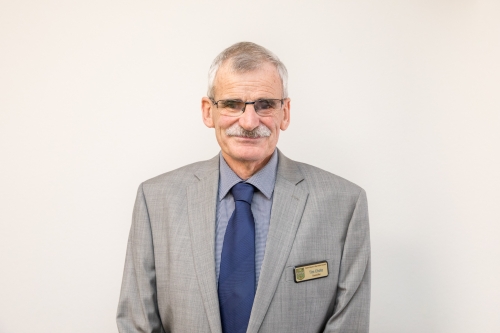 Following a courageous battle with his heath over the past year, Councillor Chote passed away late in the afternoon of Saturday 20 June 2020, surrounded by loved ones.

“Tim brought a practical and intelligent view to how council business should be run. We could always rely on him to have delved deep into both the financial and practical aspects of a decision and was always well prepared to debate his viewpoint. The unanimous vote to support the rebuild of the Waipawa and District’s Centennial Memorial Pool was a real highlight for Tim.”

“It’s been an absolute pleasure to work with Tim around the Council table over the past four years, and he will be sorely missed.”

Councillor Chote was in his second term, first elected as a representative for the District in 2016 where he won a significant number of votes, a testament to his reputation across the Urban Ward.

Councillor Chote played an active part in many parts of Council business including on procurement panels, as Chair of the District Licencing Committee, and also as Council Representative on the Waipawa Building Society Trust and the Civic Awards Selection Committee.

The proud owner of Chote Bros Transport and Tim Chote Appliances on the Waipawa High Street, Councillor Chote was a steadfast local of Central Hawke’s Bay, and particularly Waipawa where his family have resided in the District for four generations.