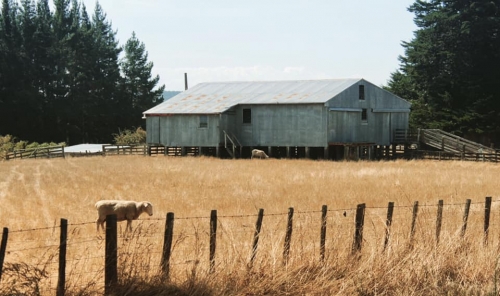 Local leadership, co-operation and support for each other is the focus for Central Hawke’s Bay, as the community deals with the ongoing effects of the extremely dry weather conditions anguishing Central Hawke’s Bay this summer. The NIWA Drought Monitor Index now classifies the area of Central Hawke’s Bay west of State Highway 50 as in “Drought” with the remainder of the district as “Extremely Dry”.

The month of February was very dry across Hawke’s Bay, with most areas in the region receiving less than 10 per cent of their usual rainfall, while experiencing temperatures three degrees Celsius hotter than other previously recorded averages for the month. Central Hawke’s Bay has been particularly dry, with the Ruahine Ranges, usually considered to be a ‘summer safe’ location, seeing their driest four month period in 50 years from November 2019 through February 2020, and less than half the average rainfall in the past 12 months.  Recent rainfall has had little or no impact on the most affected areas.

“It is hot and it is dry. We have a season which is delivering to us what we have been worried about, and what we’ve been trying to communicate to each other, to our Regional Council, and to our government as they look at regional infrastructure investment,” says Alex Walker, Mayor of Central Hawke’s Bay. “That being lack of rain, high temperatures, heavily restricted water takes both in rural and residential context, and rivers that are looking and feeling miserable.”

Central Hawke’s Bay District Council are working closely with Hawke’s Bay Regional Council, Central Government Agencies and Emergency Management Agencies to prepare for more dry weather into the first weeks of Autumn and proactively respond to the consequence of this.

Hawke’s Bay Regional Councillor Will Foley has been spending time on farms over the past couple of weeks, as well as feeding information into the central and regional agencies. “We are seeing extreme water shortages in places that are usually summer safe under the Ruahine Ranges, but the pain is being felt across much of the district,” says Cr Foley.

Concern for the availability of water and feed for stock is one of the issues under consideration by the group of organisations. Farmers are encouraged to think forward and to seek support early, in preparation for the coming months.  This is particularly important as farmers navigate the lengthened times required to process stock through meat works due to restrictions into China.

“We are actively working with our partners locally, regionally and nationally to ensure our people get through the season,” says Mayor Walker. “We’ve seen a few drops of liquid gold fall over the last few days, which is fantastic, but we need more.”

Both Mayor Walker and Cr Foley urge anyone struggling to deal with water restrictions, lack of stock water, lack of stock feed or other associated pressures from the dry to reach out to their neighbours, a friend, a farm professional such as their vet, or the Rural Support Trust.