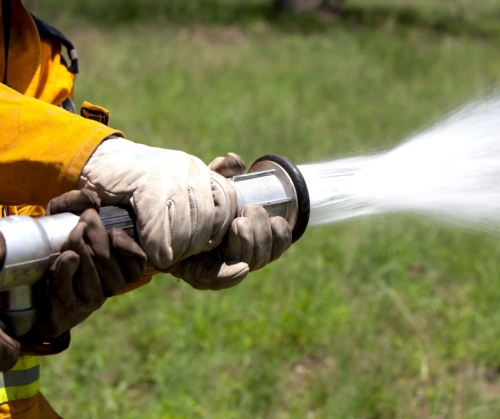 Fire crews are working into the evening to fight a blaze at Waipukurau Transfer Station and Recycling Drop Off Centre.

News of the fire broke just after 2.30pm on Friday afternoon. The cause of the blaze, which started at the Transfer Station, is yet unknown.

Monique Davidson, Chief Executive of Central Hawke’s Bay District Council, says “the safety of Waipukurau’s residents is paramount. This is a significant event which Fire and Emergency New Zealand are responding to with multiple crews. We ask anyone living in the vicinity of the Transfer Station to keep their windows and doors closed, avoid using air-conditioning units which may draw smoke inside, and bring animals indoors”.

Central Hawke’s Bay District Council have advised people steer clear of the vicinity of the Transfer Station as much as possible, including the Mount Herbert Road side of the Tukituki Trail.

“Thank you to our brave volunteer firefighters who are working hard in this crazy wind to bring this fire under control and protect us all” says Alex Walker, Mayor of Central Hawke’s Bay. “I’m also proud to see the way all services have come together to work with FENZ - NZ Police, Council staff and contractors, Hawke's Bay Regional Council and HBDHB - all working together.”

Waipukurau's residents are requested to conserve water urgently, as additional pressure is put on the town’s supply while crews fight the fire.