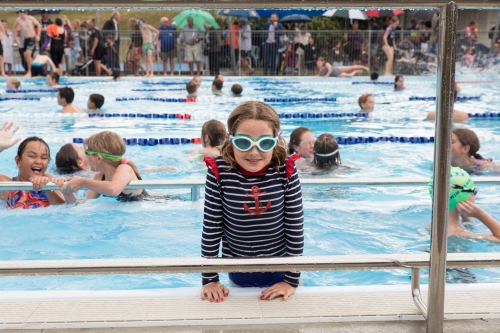 With stage one of the redevelopment completed early in 2019, almost 3,000 visitors have enjoyed the new and improved facility so far this summer. This includes children from Waipawa School who utilise the pool for swimming lessons.

Marked as a key project in Central Hawke’s Bay District Council’s 2018 – 2028 Long Term Plan, the first of two stages included a new 25-metre pool and learn to swim pool, both with accessible ramps and new treatment and filtration.

"In December 2017 we held a community meeting, with over 150 people attending in support of the key role that the Waipawa and Districts Pool plays in providing access to clean, accessible and safe swimming and active recreation in the Central Hawke's Bay community” said Central Hawke’s Bay District Council Chief Executive Monique Davidson. "As a result of this support, we committed at the public meeting that this would be included in the Long-Term Plan for our community to have their say on.”

After the pool facility closed unexpectedly in 2017 due to major leaks being discovered, the community banded together to fundraise $550,000 of the $1.2 million needed to complete stage one of the redevelopment. “The build of the Waipawa Centennial Memorial Swimming Pool has been a labour of love, which the whole community can take ownership of. I’m proud to see so many of our people benefiting from its reopening, just a few weeks into summer” said Mrs Davidson.

The pool is open during the summer season only, weekdays during the school term from 3.00pm to 6.30pm and weekends and school holidays from 11am to 6.30pm. The entry fee is $3.00 for an adult or child and $1.00 for a toddler. Please note EFTPOS facilities are not available.