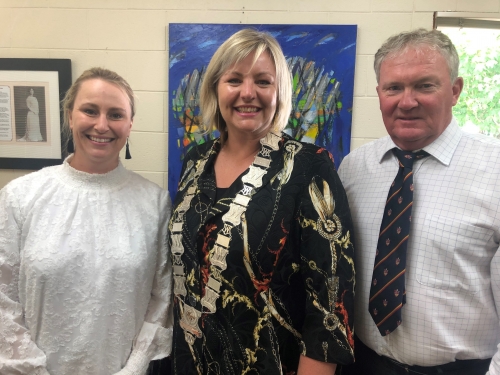 Central Hawke’s Bay District Council’s committee structure for the next triennium has been established and appointed at today’s first meeting of full Council, following October’s local body elections. Two Committees of the Whole have been set up namely the Strategy and Wellbeing Committee and the Finance and Infrastructure Committee. In an unprecedented move for Central Hawke’s Bay District Council, these committees have been given strong mandate and delegations to undertake the work of Council in their priority areas.

Improving Council’s decision-making processes through the use of committees with enhanced delegations and responsibilities addresses Mayor Alex Walker’s aspirations for improving leadership and ownership by elected councillors. “Every elected member must be committed to making the best decisions they can and this new structure gives them the responsibility to get it right first time, under clear leadership of two Chairs.” Alex Walker, second term Mayor of Central Hawke’s Bay, states five key principles she followed as determinants in setting the committee structure: Developing leadership and ownership; Increasing community connections and visibility; Improving governance skills; Giving clear leadership position, priorities and strategy; and improving cultural competency.

The two Committees of the Whole include:

Council have also approved three Standing Committees which will support council in delivering their role effectively. These committees are Risk and Assurance, Regulatory Hearings and Chief Executive Employment and Performance:

Council also appointed two special committees at the meeting: the District Licensing Committee to be chaired by Councillor Tim Chote and District Plan Committee to continue to be independently chaired by Commissioner Mr Mick Lester.

The first meeting of the committees will commence in 2020. Full Council will meet every eight weeks, or as required.