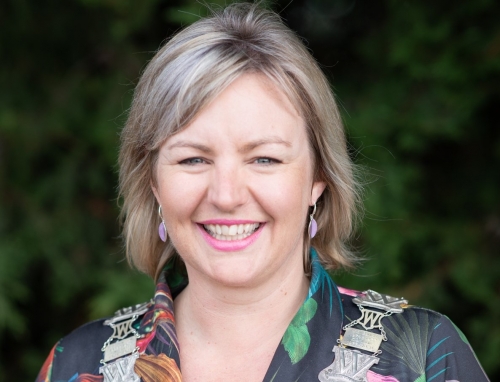 Final results for the 2019 Local Body Elections released today cement Alex Walker’s return for a second term as Mayor of Central Hawke’s Bay for the next triennium.

The final results include special votes and votes that were in transit to the processing centre on Elections Day.

Mayor Alex Walker said she felt humbled and honoured to have the support and belief of the community behind her to serve another term. “It’s been an absolute privilege to serve Central Hawke's Bay for the last three years and I cannot wait to continue my work for another three. We have achieved a lot of what I would call the "building blocks" and now our vision for a thriving community is absolutely at the heart of everything I and your council do. I want to congratulate our newly elected councillors and I look forward to forming the fresh new team.”

Monique Davidson, Chief Executive of Central Hawke’s Bay District Council (CHBDC) says: “I want to send a huge thank you to every single one of our candidates who stood to represent their communities in this year’s elections. It takes courage, commitment and conviction to put yourself out there and take to the polls.

“Congratulations to our returning Mayor Alex Walker and our other elected members. I look forward to working closely with all of you over the next triennium to deliver a proud and prosperous district for our communities.”

Full results can be viewed on our website at www.chbdc.govt.nz/elections2019