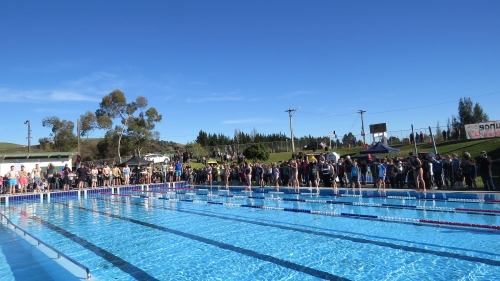 Securing over $35 million in funding from Central Government, opening the Waipawa Centennial Community Pool and reviewing the draft District Plan, are just some of the highlights of the Annual Report 2018/19, adopted at Central Hawke’s Bay District Council’s last meeting of full council today.

The Report demonstrates that Project Thrive, the council’s strategic framework for transformation and governance, continues to deliver significant transformation for the district.  In 2018 the council was nominated as a finalist for Project Thrive at the 2018 Local Government Excellence Awards for Best Practice in Governance, Leadership and Strategy.  This was soon followed by a BB rating from the CouncilMARK™ local government excellence programme in 2018.

Securing external funding streams to support growth in the district has been a key focus over the last year. In June the district celebrated a successful application and grant of $35.5 million from Central Government’s Provincial Growth Fund (PGF) for Central Hawke’s Bay.  This funding allocation will see the district benefit from a $20 million transport package alongside $14.7 million investment in water security initiatives. It also granted $250k for the development of our first economic development action plan, and $100k for a partnership project between local iwi and Council to bring the stories of local pa sites back to life. These grants will be received in future years.

Another milestone this year was the review of the draft District Plan, essentially the ‘rule book’ that directs how people can use, develop and subdivide land in Central Hawke’s Bay over the next 10 years. More than 100 submissions were received from the public, and informal hearings will take place later in 2019. The Plan is on track to be delivered in 2020.

Planning and developing durable infrastructure to future proof the district and support growth has been another huge focus this financial year.  Significant progress is underway in relation to the #bigwaterstory, with many projects kicking off in early 2019 including work to build the Otane Alternate Water Supply and upgrades to Water Treatment Plants in Takapau and Porangahau.

Another win for the community was celebrating the opening of the Waipawa and Districts pool in March 2019.  Stage Two of this redevelopment is planned for the coming year and we look forward to seeing plans unfold in this space.

The Annual Report also outlines the council’s financial performance throughout the year. The 2018/19 year-end result shows a better-than-budget $1.42 million operational surplus compared to budgeted $144k budgeted surplus. The council’s overall financial results show that income came in at $5.5 million above budget, largely as a result of fees and charges, and grants and subsidies. Total operational expenditure came in at $4 million above budget, largely due to increase work requirements in response to flooding events, drinking water compliance costs and provincial growth fund related work.

For the first time since the regulations were introduced in 2014, the council has met all eight of its Local Government (Financial Reporting and Prudence) Regulations. These regulations outline the council’s financial performance in relation to various benchmarks to enable the assessment of whether the council is prudently managing its revenue, expenses, assets, liabilities and general financial dealings.

Monique Davidson, Chief Executive at CHBDC says: “I’m hugely proud of the achievements outlined in this year’s Annual Report. We’ve set the bar high in our first year of delivering the 2018-28 Long Term Plan, with solid foundations now in place for growing a prosperous and proud district over the next decade. But there is still much more to do.

“Over the coming year, we will continue to seek out external sources of funding which enable and accelerate key infrastructure projects in our district. We will also remain focused on delivering on our bold and ambitious work programme to establish a platform for social and economic growth, while protecting and promoting our unique environment and landscape.  As an organisation we will also continue to re-establish and streamline core functions and processes which improve our service to our customers and residents, who are the heart of everything we do.”