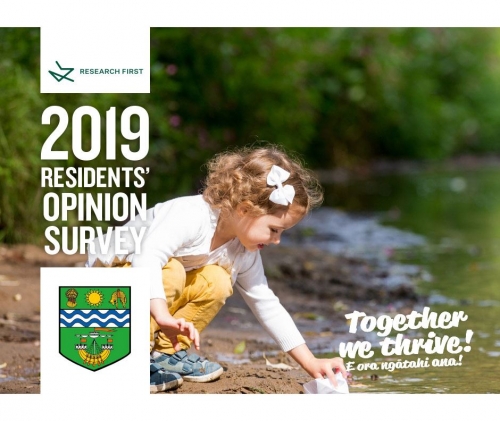 Now in its second year, the survey showed an overall increase in performance
for the Council and was run by an independent company called Research First. It
was open to all residents in Central Hawke’s Bay, using a mixed method of
telephone and online research and ran from May until June. The survey received
420 responses, 215 online and 205 by telephone.

Services and facilities that received a satisfaction rating of more than 90 per
cent included the libraries; cemeteries; parks and reserves; and wastewater
services. More than 80 per cent were also satisfied with the Council's economic
and community development activities; stormwater drainage; and the drinking
water supply.

Monique Davidson, chief executive of Central Hawke’s Bay District Council said:
“I’d like to thank all residents who took the time to participate in the survey
this year.  It’s great to see that overall we maintain a good level of
satisfaction from our customers and have had some distinct areas of
improvement, particularly in the building and compliance spaces.

“Week on week our staff beaver away to deliver key infrastructure projects,
make improvements to facilities and deliver services across the District. Our
residents’ survey is an opportunity to check in with our residents and
understand if what we’re busy delivering, is actually satisfying their
needs.  We’re also grateful for the feedback that focuses our attention on
the areas we need to improve on the most. This information is like gold to us
and helps inform our work and prioritisation plans for the coming year.”

Central Hawke’s Bay District Council will use the feedback received in the
survey to develop improvement plans for the coming year.