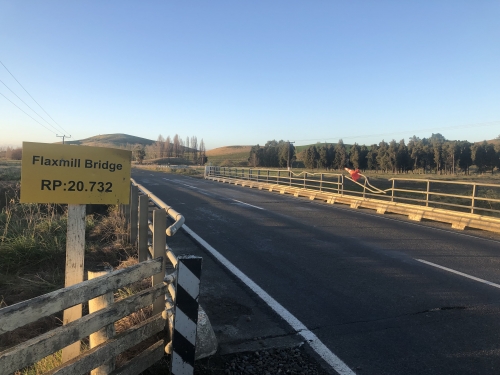 The transport package will give $20.1 million to fund much needed upgrades of roads that are essential economic transport routes leading on to State Highway 2 and on to the Port of Napier. It will also provide $350,000 to fund a feasibility study to help the council understand additional upgrades and investment requirements to meet High Productivity Motor Vehicle standards on CHB roads.

Specific improvements include upgrades to the bridge network on Porangahau Road between Waipukurau and Titoki Forest. These routes were chosen based on their contribution to primary industries such as Forestry and Agriculture alongside key factors such as social and economic resilience, the potential to unlock economic development for Māori landowners, and current and future tourism growth. The upgrades will improve resilience to flooding and ensuring reliable transport links for businesses and communities across the district.

The improved bridge network is expected to be completed by the end of 2022, with the first four bridges completed by June 2020.

Alex Walker, Mayor of Central Hawke’s Bay said the transport package announced today will drive further economic growth for Central Hawke’s Bay and the rest of the region. “Investment of this scale, in a small community like ours, is truly transformational.

We are thrilled to be granted this funding to invest back into improving our roads which are used by our communities and businesses every day. "

“22% of exports through the Port of Napier originate in Central Hawke’s Bay.  This injection of funding will accelerate and support growth and connectivity for our primary industries, Māori landowners, rural communities and tourism.”

Flaxmill Bridge – closed for 28 days in 2018 due to flooding, one of the bridges proposed to be upgraded as part of the Waipukurau to Porangahau Roading upgrade. 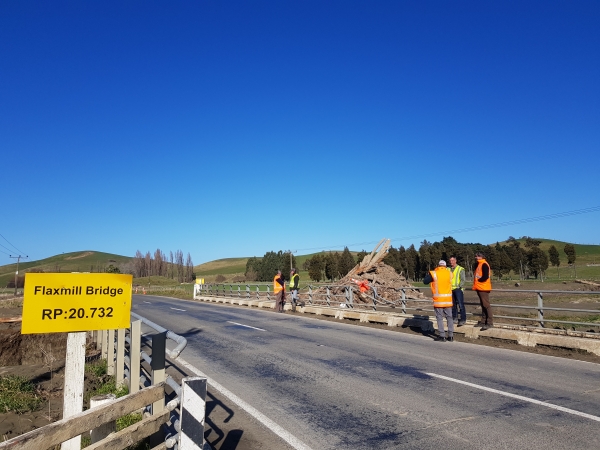