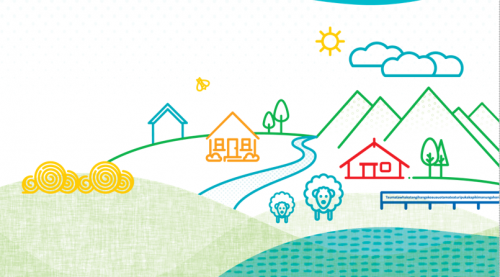 Central Hawke’s Bay District Council will release its draft District Plan to the community for consultation on 20 May 2019.

Required under the Resource Management Act (RMA) 1991, a District Plan directs how land is used, developed and protected for the future.  Our current District Plan is nearly 20 years old and no longer reflects a Central Hawke’s Bay of today or our communities aspirations for the future.

A major priority of the new Council elected in 2016, was directing the District Plan as a key tool to bring the outcomes of Project Thrive alive for the Central Hawke’s Bay community.

Some of the changes in the draft District Plan are significant, while others are just common sense, however there is still more that could have been done.  Council is releasing a draft District Plan so our local community has an opportunity to comment on proposed plans, ahead of the formal statutory review process that is expected to begin in early 2020.

“Our community and the challenges we face have understandably changed significantly over the past 20 years,” Central Hawke’s Bay District Council Mayor Alex Walker says.  “Our District Plan needs to reflect this to ensure we balance economic and residential growth, with protecting Central Hawke’s Bay’s natural environment”.

"This is an informal release of the draft plan, in which we hope submissions from our community will help us form a more robust version of the draft District Plan ahead of the statutory consultation process that begins in 2020.”

“The message that came through loud and clear from conversations we had with our community through Project Thrive, was the need to balance protecting our environment and identity with our visions for growth”.

“We’ve been careful to incorporate this message and other outcomes from Project Thrive into the draft District Plan”.

Mayor Walker says conversations are already being held with landowners who are directly affected by the draft District Plan, relating to proposed landscapes and potential significant natural areas on their properties.

“These members of our community have been identified as having special areas on their properties, so we’re meeting with these landowners and other stakeholders to discuss these sections of the plan in more detail”.

Opportunities to meet with elected members, technical experts and staff on the draft District Plan will take place at venues throughout the District in June.