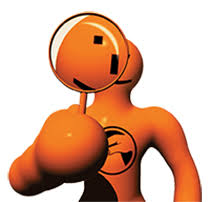 Work is already well underway for elections to choose a mayor and councillors for the Central Hawke’s Bay District.

Nominations in local body elections throughout the country open on Friday 19 July and close at noon on Friday 16 August 2019.  Postal voting papers will be delivered from 20 September with voting closing at 12 noon on Saturday 12 October.  Interim results are likely to be available that night with official results declared the following week.

Central Hawke’s Bay District Council’s election will see voters choose the Mayor, as well as eight Councillors - four from the Aramoana-Ruahine ward and four from the Ruataniwha ward.  Successful candidates will serve a three year term.

Central Hawke’s Bay District Council will hold a candidate information evening later this year for those considering standing for election.  To stand you must be a New Zealand citizen over the age of 18, be enrolled on the parliamentary electoral roll and have lived in your current address (at the time of nomination) for at least one month.  Council candidates do not need to live in the ward or district they are seeking to represent.  This applies to the whole of New Zealand.  People currently serving a prison sentence of three of more years cannot stand.

At its Council meeting last week, Central Hawke’s Bay District Council confirmed that for the first time, the order of candidate names in the 2019 voting documents will appear in random order.  For the 2016 elections, each voting paper had been ordered by alphabetical order of candidates’ surnames.

At the same time as Council elections are held, voters will also be asked to vote for Hawke’s Bay Regional Council and the Hawke’s Bay District Health Board.

Anyone interested in standing for Council is encouraged to attend meetings over the coming months.  Council’s meeting schedule is available here