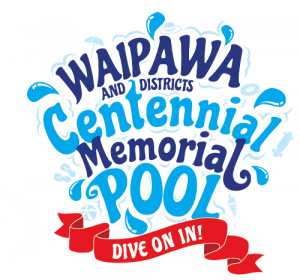 Christmas is coming late for Central Hawke’s Bay this year with Santa being late delivering the components of the Waipawa and Districts Centennial Memorial Pool, planned to open in December.

The Waipawa Pool Project is a two-stage project, with Stage 1 being the installation of a new pool and filtration, following the failure of the pool shell and reticulation in 2017.  Following community feedback, the project was made a priority project in the 2018 Long Term Plan, with Council funding $650,000 towards the $1.185-million-dollar project with the balance being underwritten by Council and raised by the community.

Despite ordering the pool early from the Italian Manufacturers, delays in the manufacturing of the pool and shipping delays occurring while in transit in Singapore from Italy means the pool is now not due to reach our shores until December.  Construction of the pool is otherwise completely on target, ready to go on the pool's arrival.

“While it’s a disappointing outcome for all involved, it means Christmas will come a little later than planned for the Waipawa and Districts Centennial Memorial Pool”, says Doug Tate Group Manager Customer and Community.  “Our local contractor Jacob’s Construction have gone out of their way to see the pool delivered on time – unfortunately things like shipping delays are completely out of everyone’s control”.

A new opening date for the pool will be confirmed shortly with opening anticipated in the new year.  In the absence of the pool Council will be providing local splash out events in Waipawa as it did during the closure of the pool in 2017.

“One positive of the delay is that is provides the community with greater time to fundraise the community share for the project”, say Bruce Stephenson Chair of the Waipawa Pool Project Committee.  “We are on our way however still need the communities support to see the project over the line and prepare for Stage 2”.

You can support the project by becoming a Pool Sponsor by sponsoring a drop or lane, suggest and support fundraising ideas or events or just by making a friendly donation.  Donations can be made at any Council Service Centre or Library or here at our website