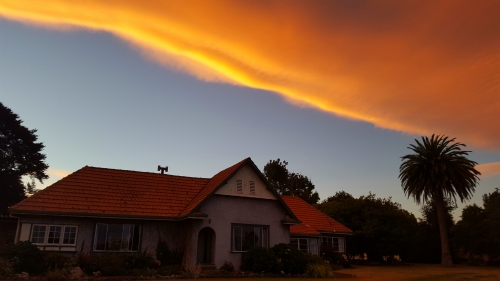 Central Hawke’s Bay District Council has recently had its rating revaluations completed for 2018, with Central Hawke’s Bay having experienced some of the greatest growth in property values in New Zealand over the last three years.

Central Hawke’s Bay District Council Mayor Alex Walker says that the substantial growth in property values is not unexpected and reflects the surge of positivity and optimism the District is experiencing.

“The secret about Central Hawke’s Bay is out”, says Mayor Alex Walker.  “The large amounts of growth and new residents we are experiencing across residential, commercial, industrial and rural properties, recognises that Central Hawke’s Bay is a place where families and business can thrive - which has in turn increased the value of property.”

The rating revaluation figures compiled by QV show the total rateable capital value of the 7,741 properties within the Central Hawke’s Bay District is now $5,716,116,000, with the land value of those properties now valued at $3,621,894,000.

QV Property Consultant, Philippa Pearse notes that the demand for residential property in Central Hawke’s Bay District, particularly in areas that are within commuting distance to Hastings and Napier, has resulted in significant increases in values.  Average prices for residential property has increased by 55% for residential property over the last three years. Generally, housing at the lower end of the market has experienced a higher percentage of value growth compared with higher-value properties. The buoyant sheep and beef market has also driven strong demand for pastoral farms resulting in value growth. Some rural properties have had a significant increase in the land value due to a change in the prescribed methodology used to value irrigated land set by the Valuer General.  The lifestyle market has also experienced considerable growth particularly properties in close proximity to townships.

Some commercial and industrial properties have also seen value increases, with the average capital value for developed commercial property increasing by 10.2% since the last rating revaluation in 2015, and the average capital value for developed industrial property increasing by 18.8% over the past three years.  Central Hawke’s Bay District Council will use the new values as the base for setting rates from 1 July 2019. Chief Executive Officer Monique Davidson says Council staff are currently reviewing the new values to assess the impact on rates for individual properties.   “It is important to recognise that while land values may have increased, the overall rates collected by Council does not increase or decrease”, says Mrs Davidson.  “Instead, the new QV values changes how the cost of rates is spread amongst ratepayers in slightly different proportions than before”.

The Council has yet to make any decisions about the rating system and levels of rates for 2019/20.

Over the coming months the Council will consider the impacts of the changes to valuations on rates and if any material changes are proposed these will be the subject of public consultation in association with a draft Annual Plan released in March/April 2019.  At the same time we will provide information showing what your rates are proposed to be for 2019/20. New rating values will be posted to property owners after 28 November 2018. If owners do not agree with the rating value they have the right to object to their valuation by mail, using the instructions on an owners' valuation notice, or online before 25 January 2019.

More information on how Central Hawke’s Bay District Council residential property values compare to other districts and to all of New Zealand can be found on the QV website.