Working in Collaboration for a Thriving Otane 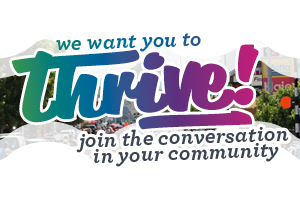 Otane is experiencing a surge of positive growth and heightened activity with the development of a new subdivision on White Road.

With a thriving District and some of the strongest growth figures for property in New Zealand, Central Hawke’s Bay is experiencing an awakening, with a surge of positivity resulting from a strong local and regional economy, new residents, businesses and visitors to the District.

In the development of the White Road Subdivision, Council has worked collaboratively with the developer to achieve not only the installation of services required for the completion of the new subdivision, but to future proof Otane and deliver aspects of #the Big Water Story.  The installation of a new second water supply to increase the resilience of the Otane Water Supply is a key project in #the Big Water Story.

“Working in collaboration has had real benefits, not just to the developer but the wider community – achieving efficiencies in the delivery of Council projects and a long-term ‘dig-once’ approach”, says 3 Waters Programme Manager, Darren de Klerk.

The works in White Road involved a new water and wastewater main being laid, part of which will form the new Otane second water supply project.  In addition, a new wastewater pump station situated on the development boundary of White Road has also been installed to pump wastewater to Council’s network.

The project has progressed well on site, in alignment with the development of the subdivision with Contractors having completed the laying of wastewater pipes at the end of September and the new wastewater pump station expected to be commissioned by the end of October 2018.

Contractors will then move into the next stage of the project, laying a new water main from the Knorp Street intersection through to the intersection of Higginson and White Road.  Work is expected to be completed by the end of November 2018.

The remainder of the Otane Second Water Supply project is expected to begin in early 2019, with further communications on the project expected in the near future.