Each year Council recognises the voluntary service of individuals and their significant contribution to the Central Hawke’s Bay District through the Civic Awards. 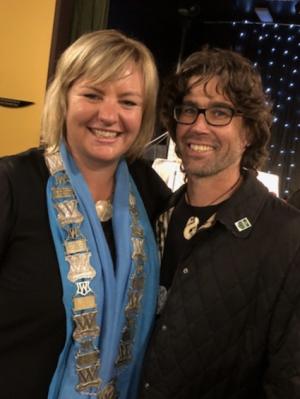 Born and raised in Porirua then Palmerston North, Tama was immersed in the culture and experience of serving his community, as the son of a local Family Services Organisation leader.

After working in a mirror factory, he completed his teaching degree at Massey, and later moved to Central Hawke’s Bay to take up a role as a primary school teacher.  He went on to work at Camp David Adventure Centre. Through these roles, he recognized the frustration expressed through many young people who were ill-equipped for traditional learning, and realised foundational work could be achieved using a holistic strength based approach, which would help young people increase their Mana and maximize their latent potential.

After sharing his vision with interested church leaders, in 2004 the St Andrews Charitable Youth Trust (Epic Ministries) was formed and Tama was tasked with the role of developing and managing a Youth-work structure to support the young people of Central Hawke’s Bay. This was achieved with the solid support of his wife Miriam, enabling and resourcing professional youth workers who are accessible to all youth in our community.  Tama, along with a team of Trustees, youth workers, volunteers, interns,  and students; resources, develops and facilitates a range of programmes and initiatives where CHB youth are valued, challenged, equipped and grown in leadership roles – all in a culture of belonging.

Tama lives by example and has responded to the varying needs of the youth.  He has opened his heart and home to the people that require his assistance and support. He is encouraged by the youth coming to him to share their successes, and helps them understand and value the learning opportunities for what they are. Tama has wisdom when it comes to youth work, which he shares to inspire and help grow other organisations in our community and further afield. He is working at the face of Community Youth Development issues, as well as leading and developing a team of key workers and volunteers. Collaboration with other key community leaders and organisations is helping to produce the best outcomes for our Central Hawke’s Bay youth.