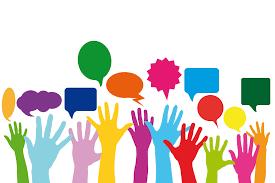 The Amendment Act creates a new system and process for the identification and management of earthquake prone buildings.

The first part of the new system and process is to consult with the public on the priority routes that could be affected by the collapse of earthquake-prone buildings, in the event of a serious earthquake.   On Thursday 6 September, the Finance and Planning Committee of Council adopted a Statement of Proposal for public consultation on Priority routes.

The Statement of Proposal document identifies priority routes in the Town Centres of Waipukurau and Waipawa.  A building located on a priority route will have a shorter time to bring their buildings up to standard or to be demolished.

“We understand that there will be uncertainty in the community as a result of starting this consultation”, says Doug Tate, Group Manager Customer and Community Partnerships.  “We hope to give confidence and clarity to business and building owners with forums to provide information and other future projects such as Town Centre Plans proposed, to ensure we have vibrant and strong town centres now and into the future”.

We encourage people to contact us by phone on 06 857 8060 or email epb@chbdc.govt.nz to discuss any queries or concerns you may have.  Consultation closes on Friday 12 October at 5pm.

The first forum for Earthquake Prone Buildings is also being held on Tuesday 11 September from 5.30 – 7pm at the Waipukurau Club.