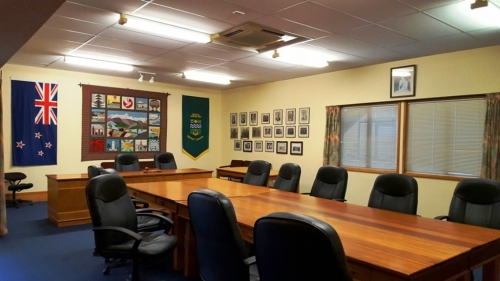 The Central Hawke’s Bay District Council has reviewed its representation arrangements, and has released an initial proposal based on maintaining the current structure for the upcoming 2019 Local elections. The Council proposal seeks feedback on Council retaining the status quo of eight Elected Members, elected via two wards, and the Mayor elected at-large across the district.

The Local Electoral Act 2001 requires all councils to review their representation arrangements at least once every 6 years.

Following initial discussions in September 2017, Council went out to the community for preliminary consultation, seeking open views from the community on representation for Central Hawke’s Bay District.

Council has considered the various representation options for the district including the election of members by wards, “at large” across the whole district, or a mixed ward system. An option to reduce the number of Councillors was also discussed – keeping in mind that the remuneration cost to ratepayers is set nationally by the Remuneration Authority and does not decrease with less Councillors

All options have pros and cons for the Central Hawke’s Bay community and after considerable debate, Council is seeking strong guidance from the community to help reach their final decision.

Mayor Alex Walker reflects on what was a rigorous debate on this issue. “Seeking the best possible representation structure to ensure we have the best talent, and the best mix of views from across the community is an interesting balancing act. We think we are best served by retaining the status quo at this point, but are certainly looking for feedback on whether there is appetite in the district for change.”

It is proposed that there are no community boards in Central Hawke’s Bay.

Submissions can be made online at www.chbdc.govt.nz, by completing the Submission Form available at the Council offices and libraries or by emailing governance@chbdc.govt.nz

Submitters will also have the option of presenting their views at a hearing.

Copies of the Council’s resolution and maps setting out the areas of the current wards may be viewed and obtained from the Council office in Waipawa and the Council Libraries.