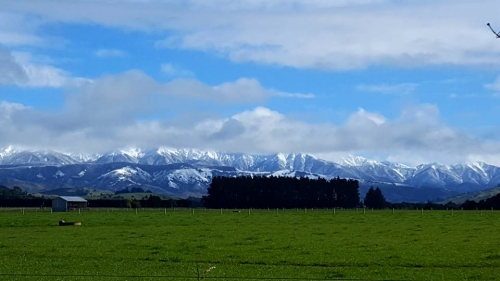 Central Hawke’s Bay District Council elected members are preparing to ‘face the facts’ as they meet next week to review and debate consultation proposals for the district’s Long Term Plan 2021-2031, and ultimately decide whether or not to progress to the next stage of public consultation in March.

The draft LTP consultation document, released with the council agenda (http://centralhawkesbay.infocouncil.biz/) today, outlines some of the district’s most confronting challenges of our time.  It sets out a very challenging and hard road for the district, as the council grapples with catching up on decades of underinvestment in essential infrastructure and assets.

Increases to rates, increases to the council’s overall debt limits and increases to development contributions are all being proposed in a bid to face the district’s challenges head on, and remedy a dire state of aged and failing infrastructure.

Mayor of Central Hawke’s Bay, Alex Walker says: “We now know more than we have ever known about the state of our infrastructure. Quite frankly, it’s frightening. We are now faced with a situation where we require huge investment in our infrastructure and assets across the district, which now cannot be paid for with rates alone.  We have pipes that are over 100 years old, infrastructure that is literally crumbling away and buildings that we thought were earthquake tolerant, which are not.

“Our situation in Central Hawke’s Bay is complex and brings with it unique challenges. We are a small population and rate payer base, spread across a large geographical region. We require more water and wastewater treatment plants than smaller districts, with larger populations – take Napier as an example, which has just one wastewater treatment plant for a rate payer base of over 25,000. If you add decades of underinvestment in these infrastructural assets to that layer of complexity, you’re facing some very sobering realities.  As Mayor of our wonderful district, uncovering these truths has been absolutely heart breaking. For decades’ rates have been kept artificially low, at the expense of our assets.

“Although we’ve been working on these proposals for several months now, the decisions made at next week’s meeting will not be taken lightly. I’m sure I speak for all of my fellow councillors when I say that the next week will be spent weighing up the significance of this consultation, the challenges we face, and the proposed options for addressing these challenges.

“I know the road ahead is challenging, but I also know that as we face these facts and respond to the challenges together, we will create and secure a thriving Central Hawke's Bay for our future generations.”

The LTP consultation document provides a summary of the council’s financial and infrastructure strategies, key challenges and proposed solutions for the community to consider and feedback on.

Elected members will deliberate proposals before deciding whether or not to consult with Central Hawke’s Bay communities on proposals from 1 to 31 March 2021.

Community feedback will be used to develop the Long Term Plan 2021-2031, which will come into operation from July 2021.