Renewing our assets is an important part of maintaining levels of service, reducing water leaks and servicing our growing communities, identified in our recent 2021 Long Term Plan as Challenge #2.

Renewals involve replacing our pipe network before they get to the end of life.

Due to historic under investment we have approximately $18m of pipe networks past end of life! We are now playing catch-up, and our 2021 Long Term Plan has set aside significant investment to renew our aging network.

Keep an eye on this page to follow the projects we are delivering as we respond to Challenge #2.

You can follow the specific project updates by visiting the individual projects below. 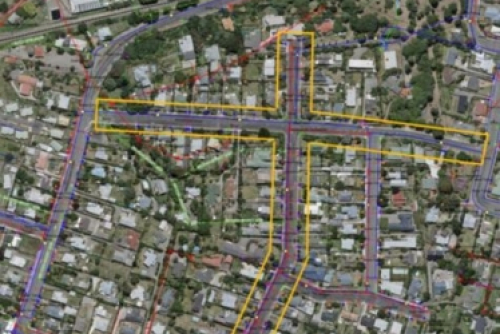 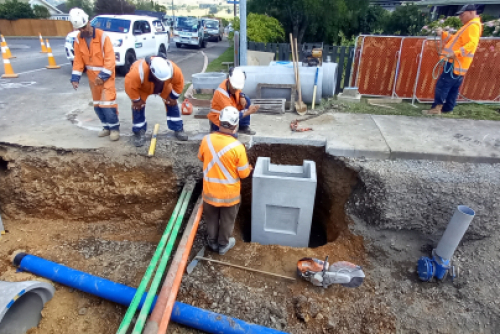 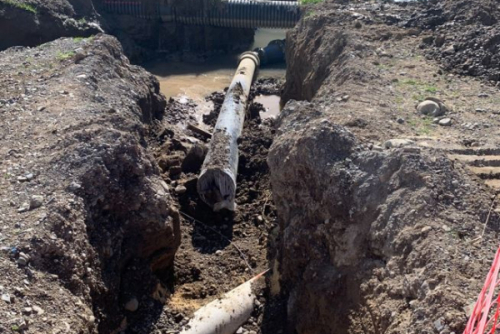 Check out our completed projects:

Practical completion has now been issued on this project.

We have now completed all water works on this project which involved the renewal of approx. 926m of water main and the replacement of many laterals. Final walkover and project quality checks are to take place over the next two weeks, along with our contractor remedying any defects found.

All resealing and footpaths have been reconstructed.

Council thanks residents for their co-operation during the 15 week construction of the water upgrade. 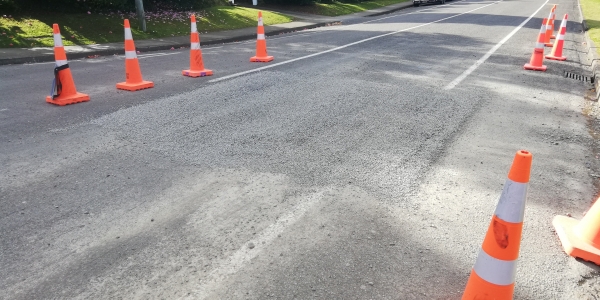 All new water pipes are connected to the town supply with the last connection carried out on Wednesday 24th July in Porangahau Road. 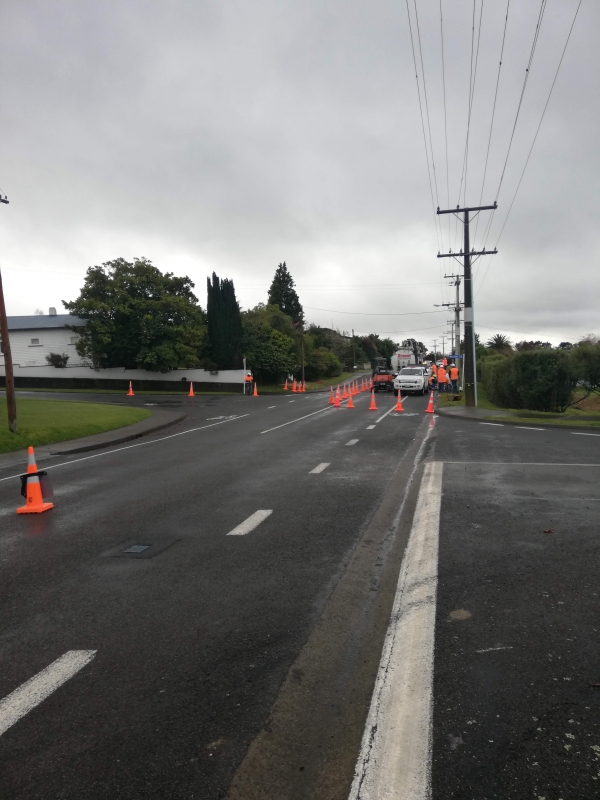 This connection involved removing an old valve and installation of a new tee and valve while working around a second water supply pipe. Contractors now begin the push to reinstate the remaining footpaths and road surfaces with final topsoil work of grass berms to continue when weather permits over the coming weeks.

Fulton Hogan are stilling aiming to be completed and offsite by the middle of August. Both new water mains are now live and connected to the Council water network with all households connected to the new pipes with new laterals and water toby’s. Fulton Hogan are working with their sub-contractors to rehabilitate the footpaths and road surfaces with work currently underway in Mackie Street to complete the road surface now that the footpaths are completed.

Next week the last shutdown will take place along Porangahau Road to allow the last connection onto the town network to take place. 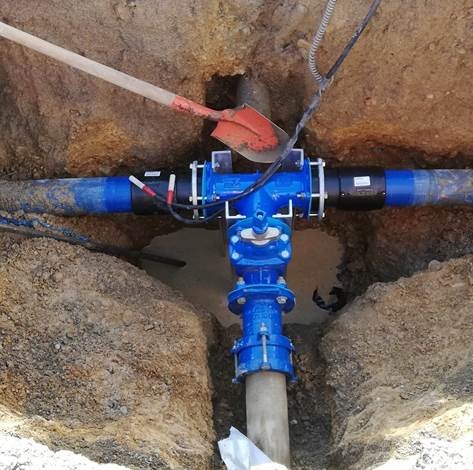 Work is progressing well in McLean Terrace with the remaining new water main pipes completed, and half of the new water laterals to properties completed. Once the last few have been completed this week the contractor plans the carry out cleaning and testing of the new network next week which then allow the new network to be connected into the existing town network.

Photo below of new valve arrangement installed on the Mackie Street Section. 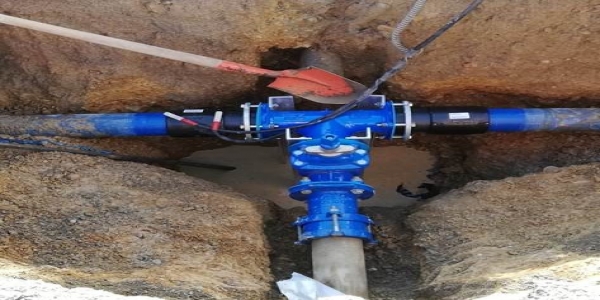 The contractor will then start installing the new house service connections for McLean Terrace in preparation for testing on the McLean Terrace Water Main in the coming weeks.

We expect the project to be complete by mid July 2019, approximately 3 weeks ahead of originally planned schedule. 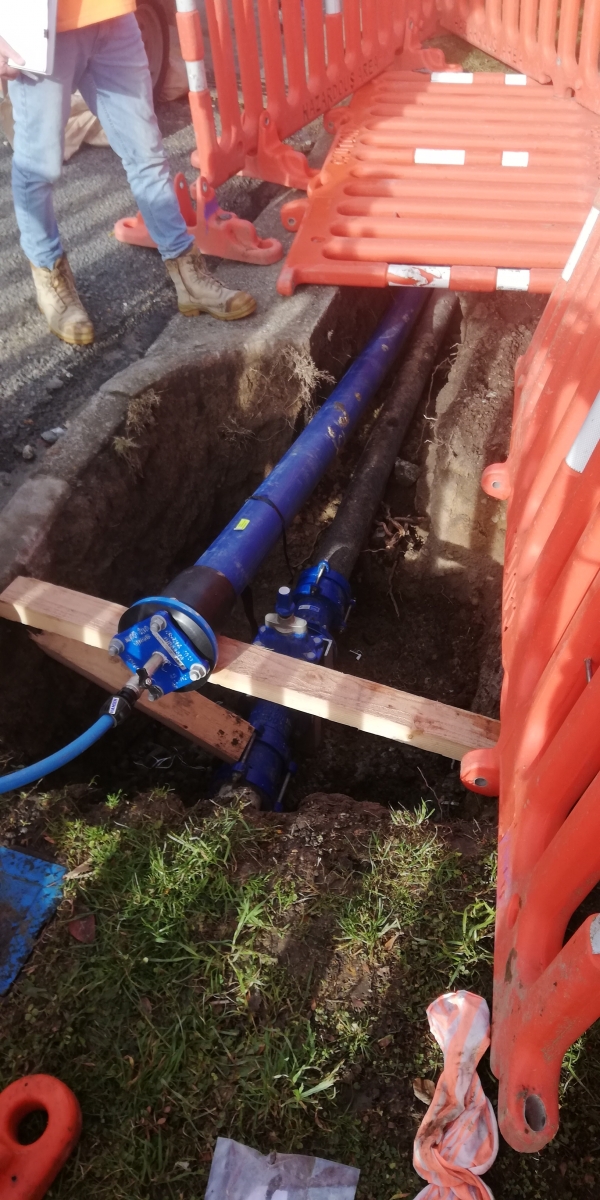 Work has progressed well over the past two weeks with all but 20m of the new PE Watermain installed in both Mackie Street and McLean Terrace.

Fulton Hogan are currently working on installation of the new service laterals along Mackie Street with the aim to have these completed by the end of this week.

Once Mackie Street is changed over to the new water network, Fulton Hogan will then commence with the McLean Terrace water laterals. 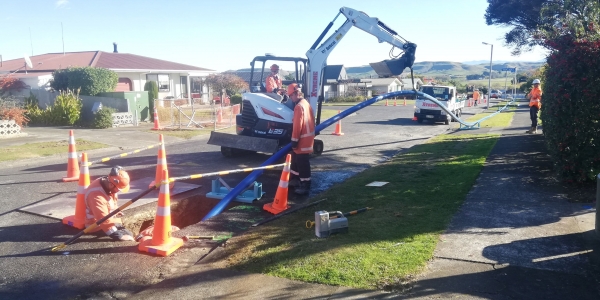 Work has progressed well over the past week and a half with the new water main and ridermain water pipe installed in Mackie Street.

Fulton Hogan are working with Council to minimise any disruption during the changeover phase to the new water network by having the old and new water mains live together.

Work has commenced in McLean Terrace with work continuing over the coming two weeks installing the new water pipes. Central Hawkes Bay District Council is pleased to advise we have awarded a contract to Fulton Hogan Ltd for the project to renew the existing water supply line and lateral connections in Mackie Street and McLean Terrace, Waipukurau. 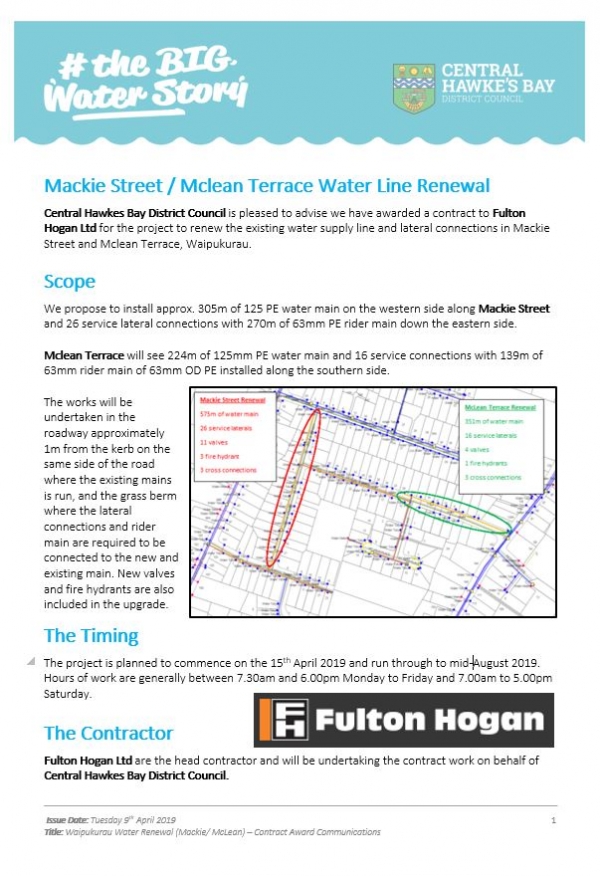 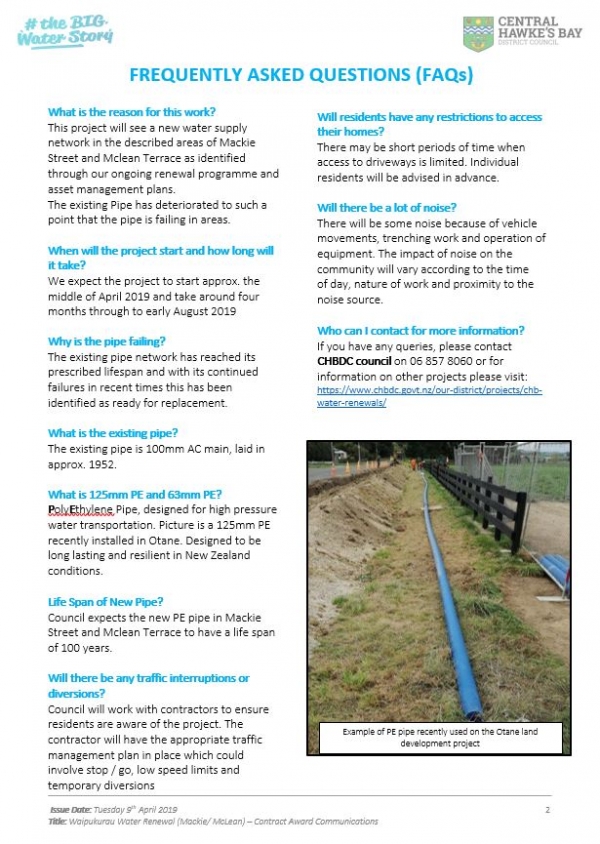 Council underwent a robust and competitive tendering process and is finalising a contract. All going to plan council expects work to commence at the end of April 2019 through the end of July 2019.

The works as outlined below, involve approx. 925m of water mains replacement. Council is currently finalising the design for this project which will involve renewing the AC water main in Mackie and Mclean Street, Waipukurau.

Council is pleased to advise that all works are complete and asbuilts are currently being updated into our GIS system.

Council is pleased to provide an update that the project is progressing well and as planned, all water network works are complete, and only final road carriageway reinstatement remains. Council expects this to be complete by the end of Jan 2019.

Thank you all for your patience whilst we have undertaken these works. 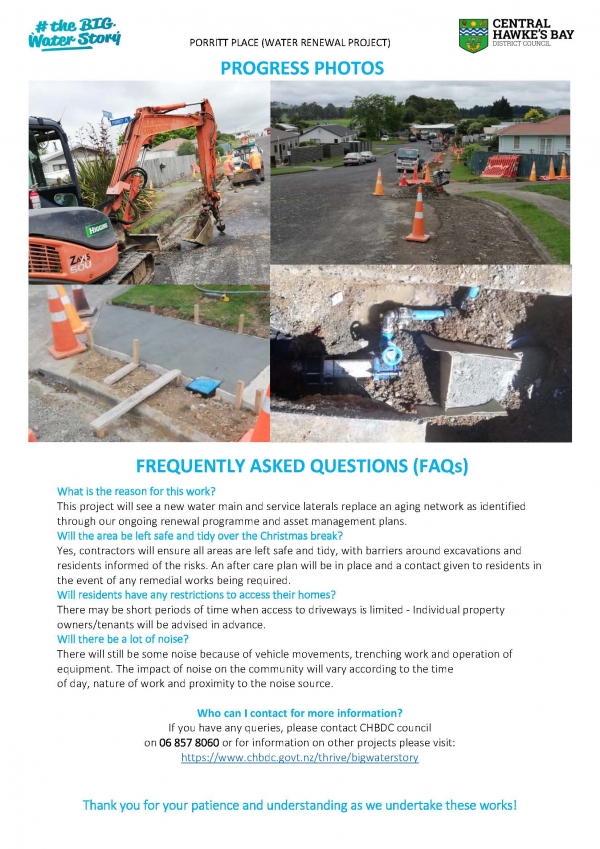