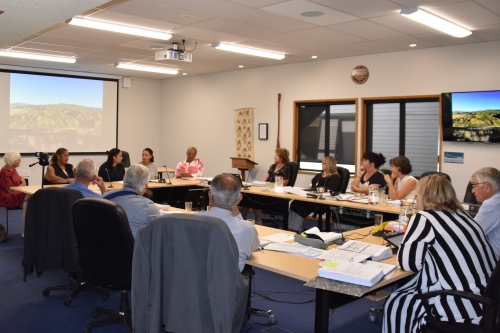 Central Hawke’s Bay District Council have commenced informal hearings on the draft District Plan, released for public consultation in May 2019.

“Our community and the challenges we face have understandably changed significantly over the past 20 years,” Central Hawke’s Bay Mayor Alex Walker says.  “Our District Plan needs to reflect this to ensure we balance economic and residential growth, with protecting Central Hawke’s Bay’s natural environment”.

A key priority of the Council is to direct the District Plan as a key tool to bring the outcomes of Project Thrive alive.

“The message that came through loud and clear from conversations we had with our community through Project Thrive, was the need to balance protecting our environment and identity with our visions for growth. We’ve been careful to incorporate this message and other outcomes from Project Thrive into the draft District Plan”.

“The quality of submissions we received exceeded expectations and covered a wide variety of diverse issues, indicating the high level of interest in the review throughout the community,” said Mayor Walker. “Together we thrive, so it is essential that our people get to have their say, in their future, and that we listen. Thank you for your contribution.”

The informal hearings, which will take place over eight days between the 3rd and 20th of February, giving the District Plan Committee and Council staff the opportunity to discuss and clarify with submitters any points that were made in their submission.

Following the informal hearings the Committee will make recommendations on all the submissions received, to be presented to full Council for ratification before the plan is amended and re-released as a Proposed District Plan.

“Once the Proposed District Plan is released we will again be asking you to have your say on its content,” said Mayor Walker. “This plan will determine the future of our District and it’s essential that we get it right.”

The Informal Hearings are open to the public and interested parties are invited to attend.