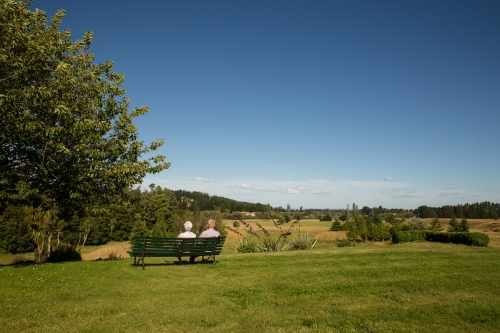 The Amendment Act creates a new system and process for the identification and management of earthquake prone buildings.

In September 2018, Council began consultation with the public on a statement of proposal on priority routes that could be affected by the collapse of earthquake-prone buildings, in the event of a serious earthquake.   The Statement of Proposal document identified priority routes in the Town Centres of Waipukurau and Waipawa.  A priority building located on a priority route will have a shorter time to bring their buildings up to standard or to be demolished.

Following community submissions, public meetings, footpath counts and a number of conversations with building and business owners, a variation to the Statement of Proposal was recommended and adopted at Thursday’s Council meeting, reducing the area of priority routes in both Waipukurau and Waipawa.

“Thank you to all in our community who wrote, spoke or met with us on the proposal”, says Mayor Alex Walker.  “We acknowledge that there will be uncertainty around earthquake prone buildings, and as a Council we have ensured we have balanced our priorities around the practicality of safety with the social and economic wellbeing of our community in identifying the final routes of priority”.

Now that the areas of priority routes have been identified, the next step for Council is identifying potentially earthquake prone buildings within the priority areas, that will require strengthening within a shorter period of time.  Council has until 1 January 2020 to complete this work. Buildings identified within the priority area as earthquake prone will have a total timeframe of 7.5 years to strengthen or demolish buildings, with all other potentially earthquake prone buildings having a timeframe of 15 years.  Owners of buildings in the priority area, will receive written notification shortly with Council in the new year beginning the process of building identification.  Affected building owners will receive confirmation of their buildings location in writing.

Ensuring an appropriate balance between regulatory compliance and maintaining community confidence has been a major focus for the Council.  In August the Community Pride and Vibrancy Fund was launched to support local vibrancy.  Funding in the 2018 Long Term Plan was also included for Town Centre Planning for the Town Centres of both Waipawa and Waipukurau.  Both of these initiatives were identified by the Community in the development of Project Thrive.

“While we have a regulatory function under this legislation, we also have an important role to give support and confidence to our community through this challenging process”, says Doug Tate, Group Manager Customer and Community Partnerships.  “We hope to continue to support business and building owners through this process, to ensure we have vibrant and strong town centres now and into the future”.

The new priority area maps can be viewed here (for Waipukurau) and here (for Waipawa). You can view the Earthquake Prone Buildings Statement of Proposal and Consultation here. For more information on the new priority areas and how these may impact business and building owners, Council encourages people to contact them by phone on 06 857 8060 or email epb@chbdc.govt.nz to discuss any queries or concerns you may have about earthquake prone buildings.

The third forum for Earthquake Prone Buildings will be held in late February.