COVID-19 All of NZ is at RED (Traffic light setting). For further updates on Council facilities and services Read more »
Keyword: #3waterscostandwhopays

Cost and who pays

Key drivers for the governments reform programme are reliable access to safe drinking water, improved environmental outcomes and improved affordability (reduced cost for end-users). Much of the work done to date has revolved around understanding current costs to deliver 3 waters services and the expected future costs with and without reform. The modelling completed by the government shows that without reform the average cost for connected water users in Central Hawke’s Bay could be as high as $7,260 per property per year (in 2051). The modelling shows also that expected costs if the reform occurs and Central Hawkes Bay residents became part of entity C would be as low as $1,260 per property per year (in 2051). The savings shown as possible by the modelling completed to date are without doubt significant.

‘Who’ would pay is important to understand and it is worth noting that the reform proposals do not suggest any changes to the current allocation of costs for those who use and those who do not use 3 waters reticulation assets. That is, those connected to Council supplies who currently pay Council rates would, under the proposal, pay a new fee going forward to entity C. Those not connected to Council supplies who currently provide for their own drinking water, waste water and storm water services and therefor do not pay a Council 3 waters rate would not pay any fee to the entities under the proposal. 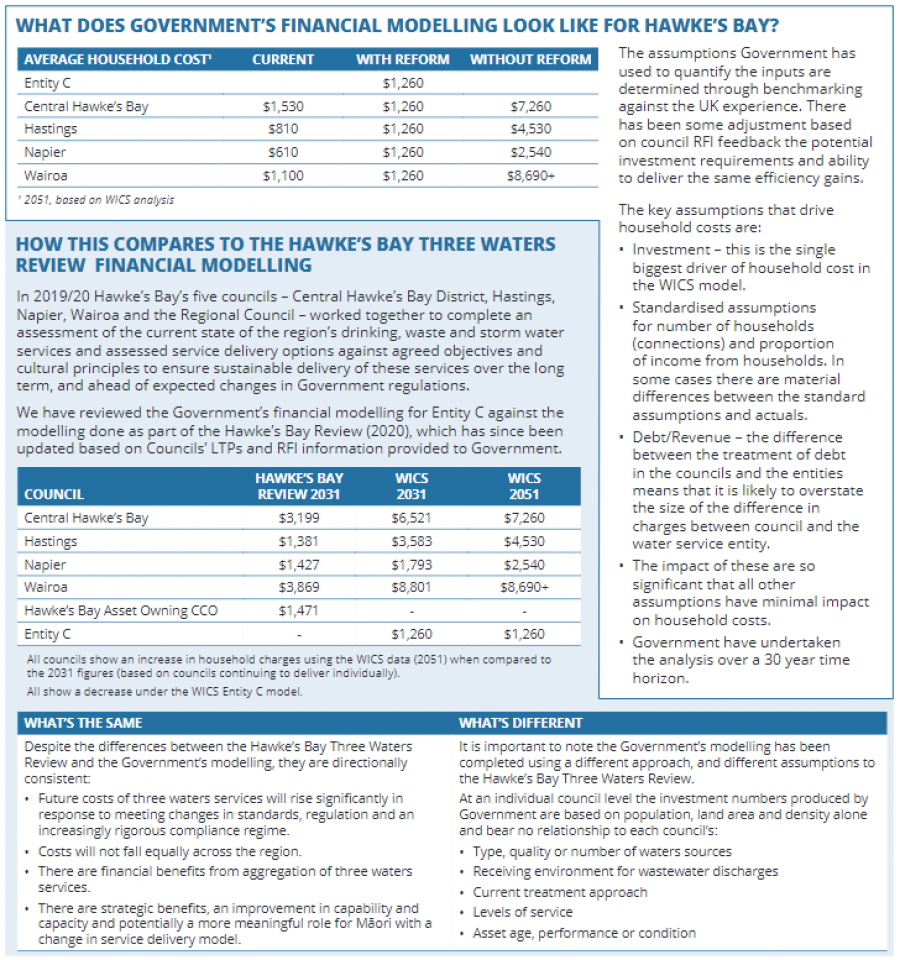