Council has developed a 7 year works programme, detail on each stage is outlined in the drop down below.

Council is working with Stantec to finalise a 7 year works programme to improve firefighting, resilience, pressure and allow for future growth extensions in Waipukurau. In the short term Years 1 to 3 will be tendered out as a package of works.

A multiyear project to improve the resilience within the Waipukurau water network to improve fire-fighting capabilities and pressure within the network.

The team are currently reviewing modelling data to implement a long-term project plan to improve the capabilities and pressure within the network gradually. Council has planned for the works to take place from now 2018/19 for 7 years through to 2024/25.

Waipukurau Firefighting Year 1-2 (Stages 1 A and B)

Council and the contractor have held a final walk over, and bar a few minor defects to tidy up, the project is now complete.

Reinstatement has now been completed, and the project all but complete. 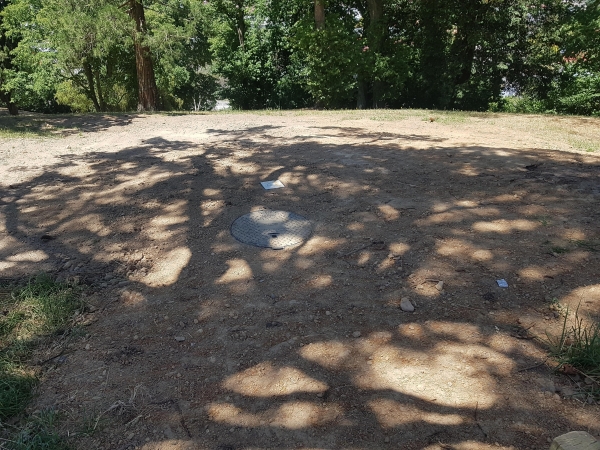 Later this week we also complete some minor work relocating and replacing two fire hydrants on Takapau Road opposite the Mobil off the road into the parking bays. This will assist with access and remedy the slumping that forms around these hydrants.

The remaining focus this week shifts to tidying up, and reinstating site. 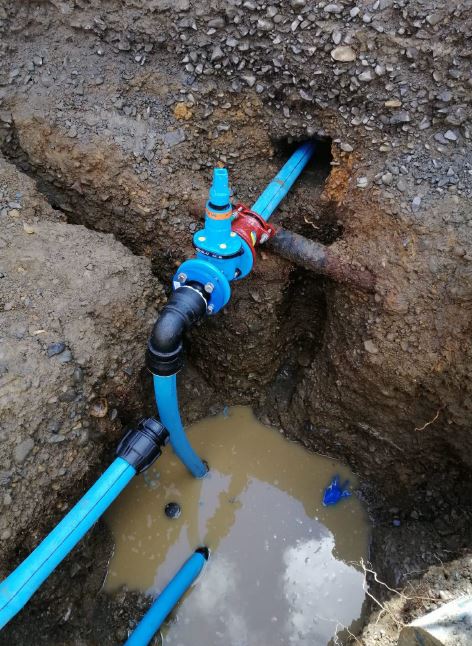 Veolia and Drainways worked together last week to complete the hook in of the new line into the Hunter Park reservoir, works went well and the team seamlessly completed this work over night on Thursday evening. Final valves and then tidy up on this project are underway, and we expect to have all works completed by the end of month. 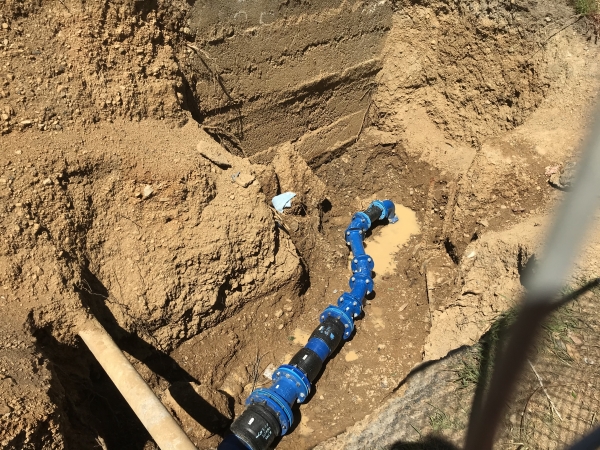 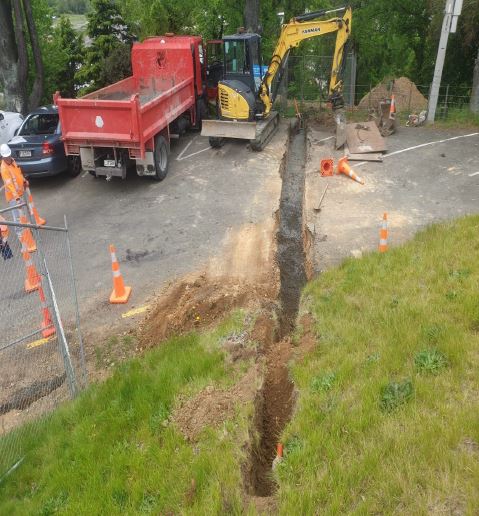 The last few weeks we have been working on tidying up minor items on the project, like compaction of trenches and having these tested in preparation for sealing which is expected by the 24th October 2019.

We have also been installing the new replacement laterals and a rider main across Kitchener Street.

This week we also focus on undertaking pressure testing, disinfection and sterilising the new main in preparation for the live tie in - planned for approx 6 Nov 2019 - more updates will follow on this, as the work involves a shut down of the Hunter Park reservoir. 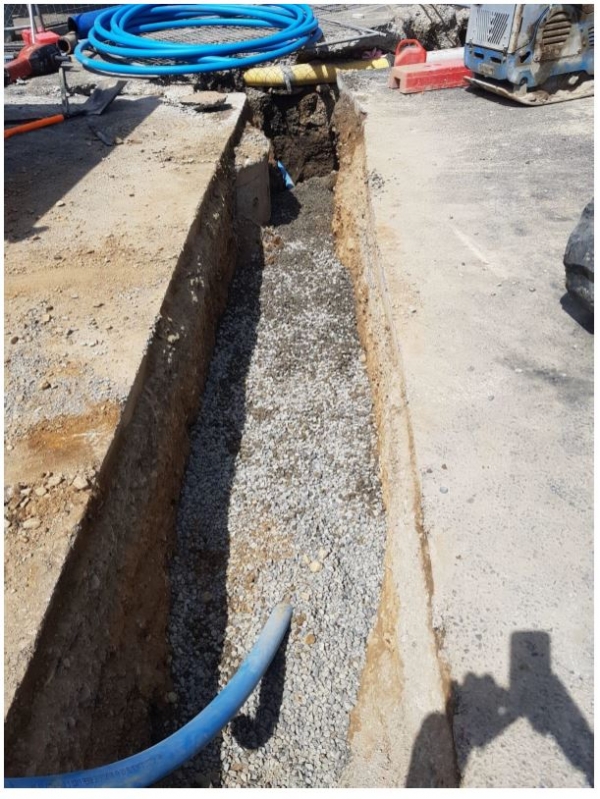 A flow meter has been installed in Hunter Park to assist with providing real time data back to council to understand flows out of the Hunter Park reservoir. 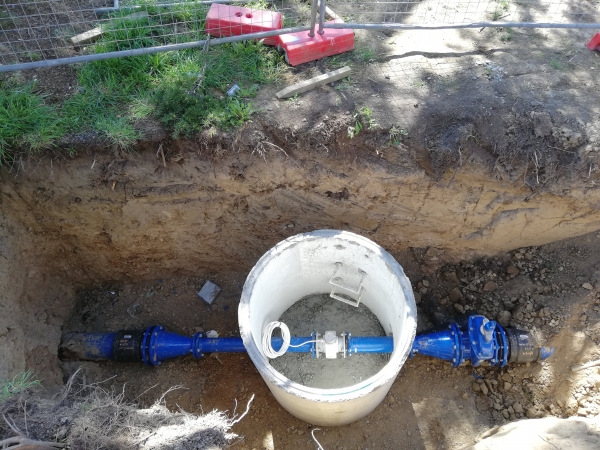 Following the thrust blocks we have been back filling excavations in preparation for reinstatement. This week we have focused on installing thrust blocks around pipe details like valves and connections to provide support once back filled. 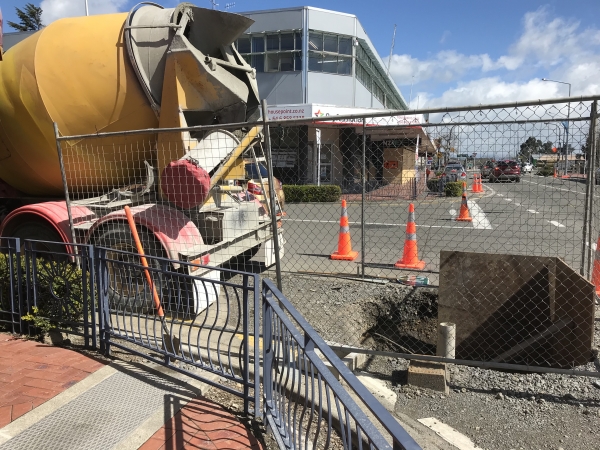 We have been working on the connection on the corner of Kitchener Street and South Service Lane. 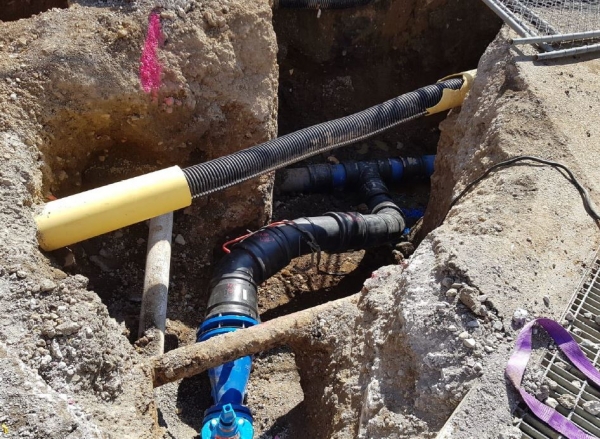 Drainways completed a spell of night works along Ruataniwha Street, installing the final length of pipe, now all pipe is in the ground, and focus shifts to connecting the pipe together, installing tees and valves in preparation for testing. Thursday 26th September we are planning a shutdown of the Hunter Park reservoir overnight to connect the new supply into the reservoir. Works are planned to take place from 7pm to 7am. 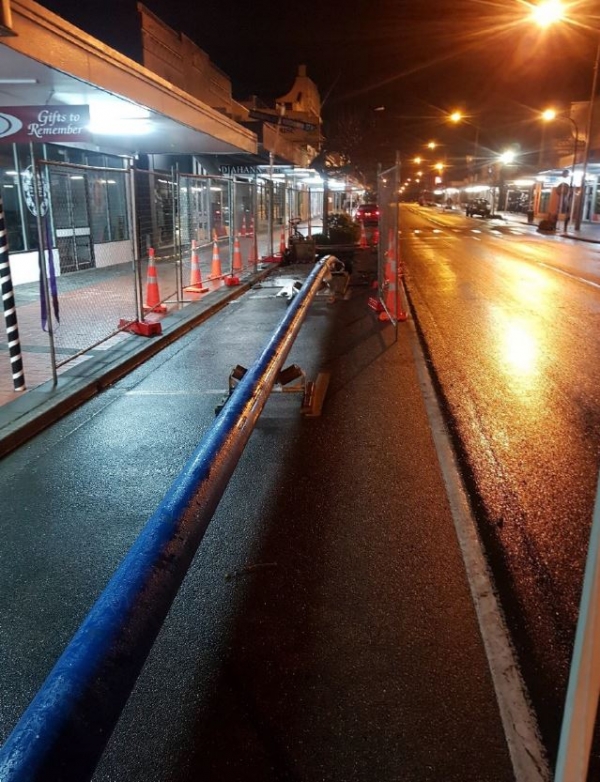 Night works will be starting this week, as we work to install the last section of pipe along Ruataniwha Street between Northumberland and Kitchener Street, this is expected to take up to 10 working days.

Last week pipe was installed along Kitchener Street - 3 of our 4 sections of pipe are now in the ground. 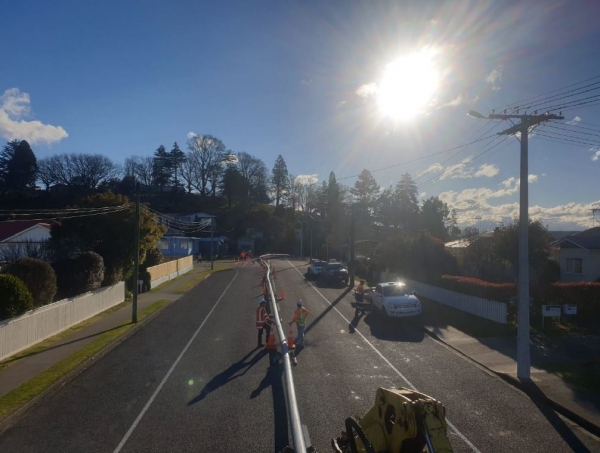 Current project status - works are expected to shift to night as we move into Ruataniwha street week starting 2 Sep 2019. Attention over the coming weeks turns to installing pipe along Ruataniwha Street between the Kitchener and Northumberland Street intersections.

Following that the connections and testing will take place. 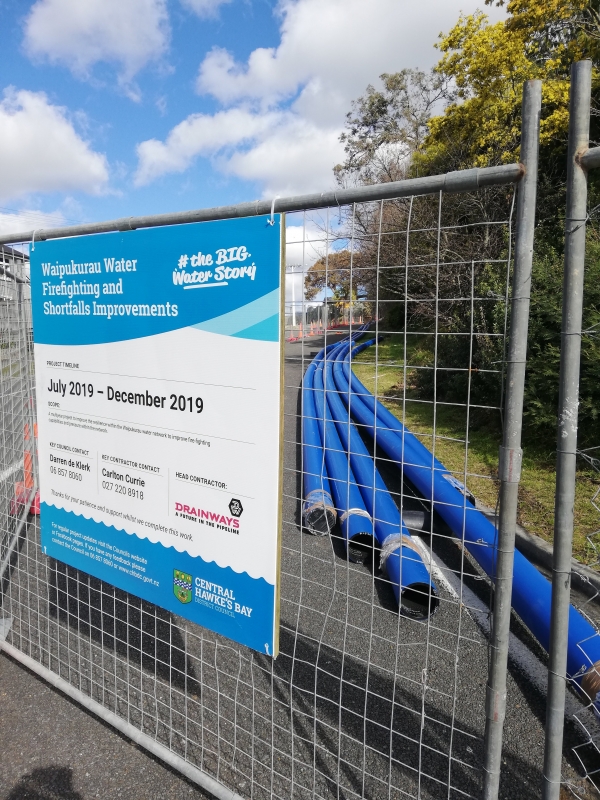 The pipe was successfully installed from Kitchener Street to the top of Hunter Park, the first of 5 drill shots completed. 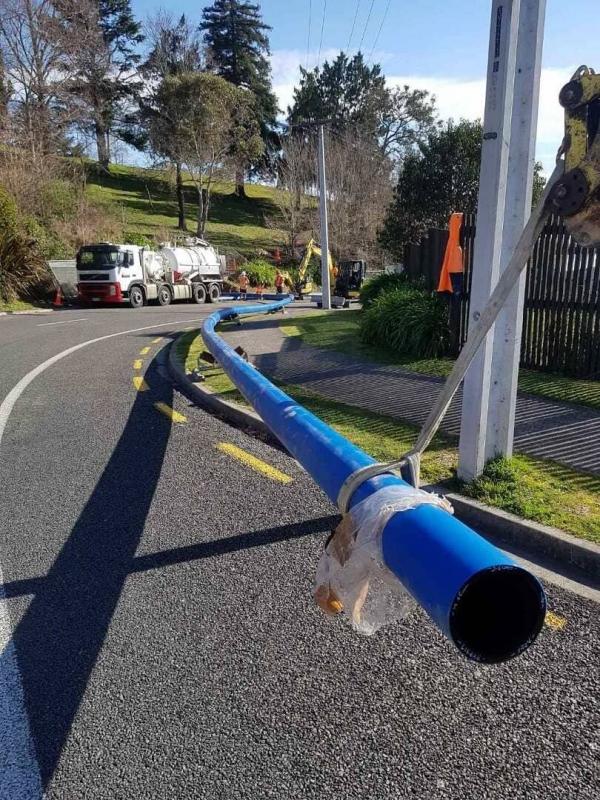 Work is planned to commence from Mon 29th July 2019. The project is planning to improve firefighting capacity, network resilience, and shortfalls in network supply.

There will be traffic management in place – so please drive carefully around the worksites.

The contractors will be engaging further with those affected, and will aim to minimise disruption as much as possible.

We are working through the final contract deliverable's and expect works to start on Mon 29th July 2019.

The next few weeks, will see the team plan for construction, and communicate works with those affected.

This linked project commencement update is going out to all affected parties this week, outlining the works planned, and some FAQs covering key items.

The first three years scope for the project has been detailed and forms part of the tender currently in the market.

The objective is to install a water main between the Hunter Park Reservoir and Peel Street in Waipukurau.
The proposed water main size is 225mm PE100 and approx. 600m long. The new main is proposed to cross SH2.

This work will improve the firefighting and capability of the water network.