What are the Issues? 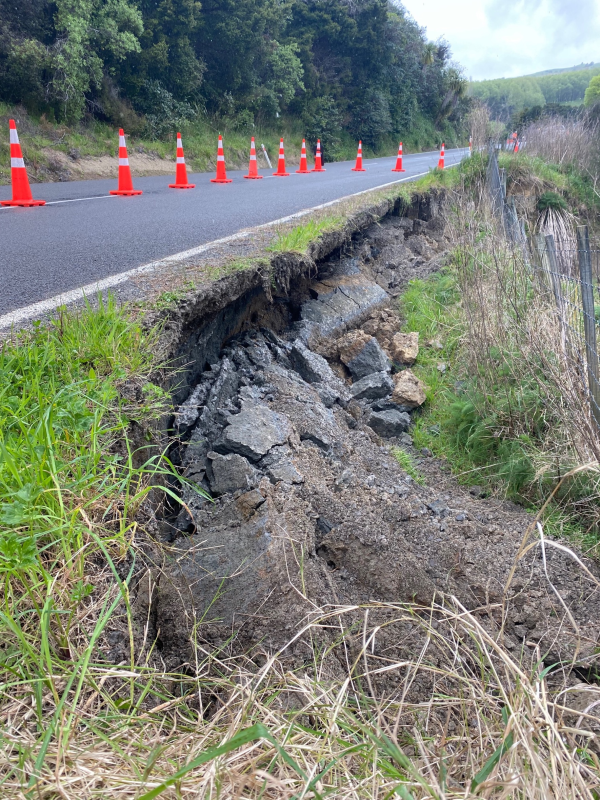 After months of torrential rain and little reprieve between bouts to allow the sodden hill sides to dry out, the number of slips across Central Hawke’s Bay has grown to more than 55. As a result, we have instances where roads have needed to close or reduce to one lane. Additionally, but also due to the enduring rain, the number of pot holes across the regions has multiplied faster than our roading crew could repair them.

We understand that disruptions and delays caused by damaged roads cause inconvenience for many people – whether it’s transporting freight, getting to and from work or running children around.

Due to the scale and magnitude of damage we are facing, it is going to be a long-term project to deliver a fully repaired and reliable roading network.

Underslips, where the road formation itself slips away are the most challenging to repair as the foundation of the road pavement has to be built back up to grade in such a way that it is stronger than its previous state.

The below map illustrates where all the notable slips are located throughout the region, as well as if and how these are affecting accessibility.

Once funding has been secured and work commences, this map will be a central hub for information regarding each piece of work planned or in progress.